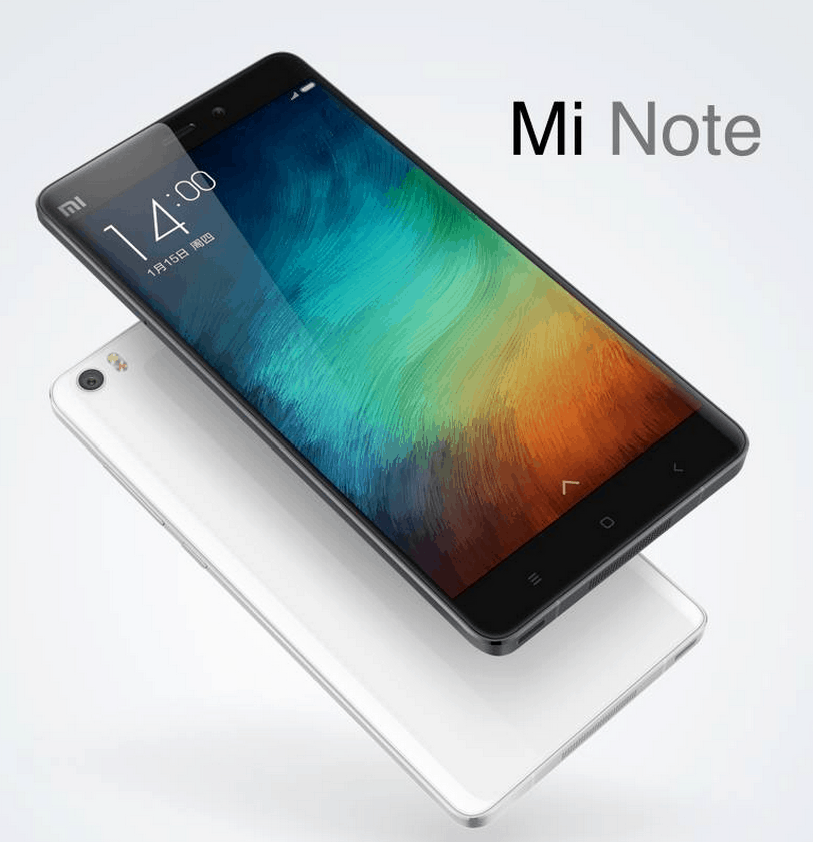 Today Hugo Barra, VP at Xiaomi Global announced various Xiaomi Products. The Mi Products announced today were the Xiaomi Mi Note, Mi Note Pro, Mi Box Mini, and the Mi Headphones. The Xiaomi Redmi Note was able to cope up with the Indian Smartphone market because of the Cheap Price and Better Specs, One reason why people didn’t prefer the Redmi Note was because the Redmi Note gave a “Cheap Quality” sort of feeling to the user. The Mi Note removes the feeling of the cheapness in the Redmi Note Series. As announced.

Lets begin with the specs of the Mi Note so that we can determine whether it would be good to spend buying a Mi Note or not.

These days people prefer quality displays over large displays, for a good experience with their Smartphones. However, The Mi Note satisfies both the needs i.e the Large Display and a Quality Display. The Mi Note would come with a 5.7-inch Sharp/JDI Full HD Display. The Display will be protected by a  3D Curved Gorilla Glass with a Metal Frame on it, so in case it fells it won’t cause much damage to the Phone.

Camera! Who doesn’t likes capturing Good Photos? Who doesn’t love having a Phone which would be able to capture great selfies. Xiaomi added a Great Camera in the previous Smartphones and Note Series it launched and the Mi Note would be a Beast in front of the previously launched Smartphone’s Cameras.

As the Mi Note comes with a 13 MP Primary Camera which would be manufactured by Sony and support Image Stabilisation (OIS)  with Dual LED Flash and a 4 MP Front Camera with Large 2-Micron Pixels which would just make you love Selfies and Images you capture using the Secondary Camera.

CPU is required for performing actions and RAM is required to store some temporary data while performing various actions on a CPU. The Mi Note comes with a Snapdragon 801 CPU which is clocked at 2.5GHz and a Adreno 330 as a GPU.

However with such a great CPU, Mi Note also comes 3 GB of RAM which would allow Faster Multi-tasking and won’t make you feel that the device turned obsolete years after you buy it.

The Mi Note would support Dual SIM Card Micro/Nano SIM Card with Dual Standby. However 4G in a Developing country like India is not at all needed because in such countries there is no proper access to the 2G/3G Networks. But a 4G SIM card support is another good feature of the Mi Note.

The Internal Storage is another Factor which one considers while buying a Smartphone, because gone are the days when good Android Apps used to be of size 1.0-2.0 MB, These days graphics is another thing which attracts a Person and makes him use the App.

Coming to the Battery, The Mi Note would come with 3000 mAh 4.4 v Lithium Battery which would support Quick charge (Which is similar to the concept of Turbo Charger in Motorola Smartphones)

Xiaomi is always known for playing games with the Pricing strategies, it shocked the Indian market with the price of the Xiaomi Mi 3 and the same took place with the other Smartphones they launched. The Mi Note is priced at at ¥2,299 for the 16GB variant and ¥2,799 for the 64 GB Variant.  So in Indian Rupees the Mi Note 16 GB Variant would be priced at 22900 INR and the 64 GB Mi Note would cost around 27900 INR.

Availability, Well there were no details regarding the availability of the Mi Note, However, this time might be Xiaomi Starts Selling in India using their own Store and discard Flipkart. The details regarding the day when one could Buy Mi Note is also not available. Let’s wait for sometime and as soon as I come to know more about the availability of Mi Note in India and other Asian countries I would update this post.