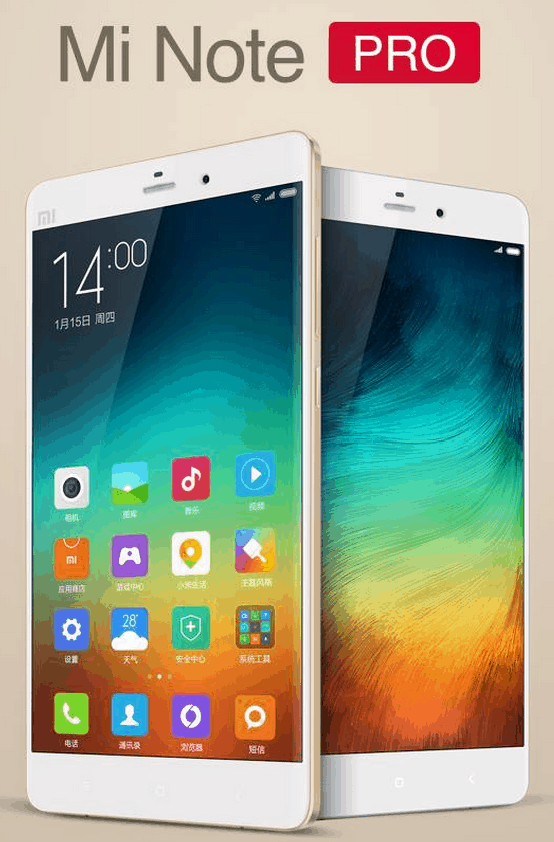 Xiaomi Mi Note Pro was announced with Xiaomi Mi Note, Mi Box Mini, and The Mi Headphones earlier today. With the sudden announcement made by Hugo Barra, VP at Xiaomi Global. The Specifications and the Features of these products were also announced in the Facebook Post.

Xiaomi has always done a great jobs with attracting the people, sometimes by price and sometimes by the product quality. I still remember the way Mi 3 attracted the Indian Smartphone users. I also remember “How the price of the Redmi Note” attracted the people in the Indian Smartphone market. In this post I would be getting deeper into the specifications of the Mi Note Pro, so that one can decide whether investing money in this Phone would be a good decision or not!

As the Mi Note, this Phone also would be having a Gorilla Glass 3 to protect the display from any damages that might take place in case the device falls.

Well, The Camera details were not listed in the announcement made, but it can be assumed that The Mi Note Pro would come with 16 MP Rear Camera and a 8 MP Secondary Camera. Since it is an advanced version of The Mi Note, the camera details assumed are above the Camera Quality of Mi Note. However, if not above the Quality it can’t go below, so in case there are any changes in the specs, I would update the Camera Quality specs.

The CPU would just make any program feel small in front of itself and on the other hand the RAM would have enough space to store tasks in it, which would lead to Fast Multi-tasking. The Mi Note Pro would have a Octa-core Snapdragon 810 64 Bit processor and a Adreno 330 GPU.

Besides the High-end Smooth running processor, the Mi Note Pro would encompass a 4 GB RAM which would be storing all the data temporarily in your Android Phone. Seeing this configurations, it can be said that the Phone won’t face lagging issues while playing High-end Games also.