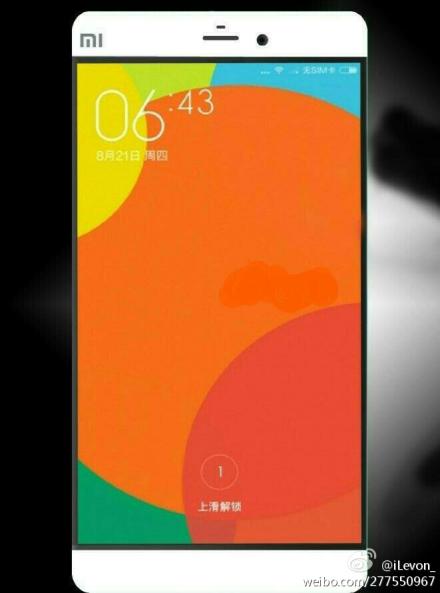 Xiaomi which is often known as Apple of China is working on Xiaomi Mi 5, which would be a successor to the Xiaomi Mi 4 Smartphone and the Xiaomi Mi 3. Though Xiaomi at initial stages faced lot of problems regarding sending data to the chinese servers, it was able to rock the Indian market by shocking the Flipkart Servers.

The Xiaomi Mi 4 is not yet arrived in India, but it is already out in the Chinese market which is the launch place for most of the devices launched by Xiaomi. In this post I would be revealing the leaked screenshots and images of Xiaomi Mi 5. The site Gadgetgossip has also has also mentioned the specs of the Xiaomi Mi 5.

According to the source the specs of the Xiaomi Mi 5 would encompassing a 5.5-inch QUAD HD 1440p Display which would be protected by the Gorilla Glass alongside, it would encompass a Quad core Snapdragon 805 processors which would be able to store 3GB of Data while performing actions which means it would have a 3 GB of RAM.

Coming to the camera, the Xiaomi Mi 4 had a Good Camera quality, and the successor would come with the same camera specifications as it’s predecessor which is 20 MP Rear Camera and 8 MP of Front-Facing camera. With all these features the Mi 5 would come with the latest Android Lollipop operating system and be supported by the lovely MIUI. The price of the Xiaomi Mi 5 is not known yet, but we will soon update it as soon as we come to know about the availability of the phone.