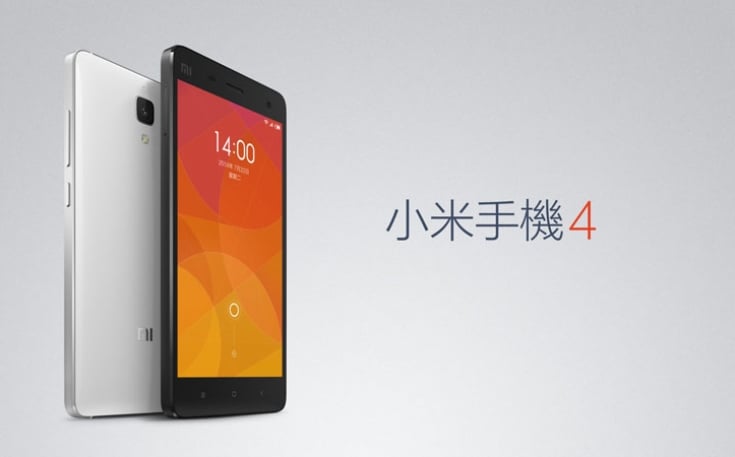 Xiaomi, the Chinese Electronics company launched the Mi 3 Phone and it was available to people who registered on Flipkart before 22nd of July (21st June, 2014 12.00 midnight) and the Xiaomi Mi 3 got more than 100,000 registrations and seeing the success Xiaomi launched the Xiaomi Mi 4 in China, The Xiaomi 4 is launched in China at $320 (16 GB version) and $400 for (64 GB version).

[alert-announce]All the Specifications are based on the Chinese version of the Xiaomi Mi 4 and are Likely to be in the Indian version also! There can be slight variations! [/alert-announce]

The Xiaomi Mi 4 comes with a Qualcomm Snapdragon 801 chipset which will have encompass a Quad-core processor clocked at 2.5 GHz, You can do a great deal lot of Multi-tasking with it. Being a High-end device it also will encompass a Adreno 330 GPU which will be responsible for processing of Graphical tasks. You can play number of High-end games without seeing a lag or getting your Mi 4 Device slow.

The Xiaomi Mi 4 a 3 GB RAM which will be used as a Temporary storage for the device, The combination of a Fast Processor and 3 GB RAM makes this device the best for all sorts of High-end tasks, be it Gaming or HQ video watching. The Android OS is not light on the RAM still the Mi 4 will be having ample of Free RAM even after doing a lot of multi-tasking, gaming etc.

The Xiaomi Mi 4 will come in Two different storage versions, Xiaomi has launched a 16 GB Xiaomi Mi 4 and a 64 GB Xiaomi Mi 4 which will differ in cost, the difference will be round about $80, which is not a big difference. People who have a lot to store can go with the 64 GB version and those who would like to comparatively less data can go with the 16 GB version and can save $80. We are not still sure about the availability of the External storage option, As we come to know we will update the post!

The Xiaomi Mi 4 comes with a 5-inch Full HD IPS Display of resolution 1920 x 1080 pixels with 441 ppi and will support 16M colors. Xiaomi has not talked about the way it will protect the display, I strongly believe that the Mi 4’s display will be protected by a Conning Gorilla Glass 3. We will update you as soon as the clear news regarding the display reaches us.

Here’s a Short video which shows the Camera Quality of the Xiaomi Mi 4, It’s not official but still watching it is worth!

Whoa! Camera will be the best part I would Like to talk about, Because the Xiaomi Mi 4 encompasses a Primary camera of 13 MP (Mega Pixels) supported by a Dual-LED Flash and will be able to capture images at a resolution of 4128 x 3096 pixels which will just be the best ever thing in the image you capture and it will also have a secondary camera of 8 MP, Yes, this is another shocking thing for me as I’ve never seen a Phone with 8 MP camera, that too, in such a low price. If you are a Selfie – You will start loving yourself more than now.

The Xiaomi Mi 4 comes in Two models and there is a difference of $80 in each of the device, The Price of the 16 GB Xiaomi Mi 4 is $320 and the price of the 64 GB model of the Xiaomi Mi 4 will be $400 only, Seeing the price we can say that the price is very less in comparison to the quality and the specifications of the Phone! I personally would not call it a Smartphone, I would call it a Best Smartphone! As soon as it Launches you can buy it from Flipkart