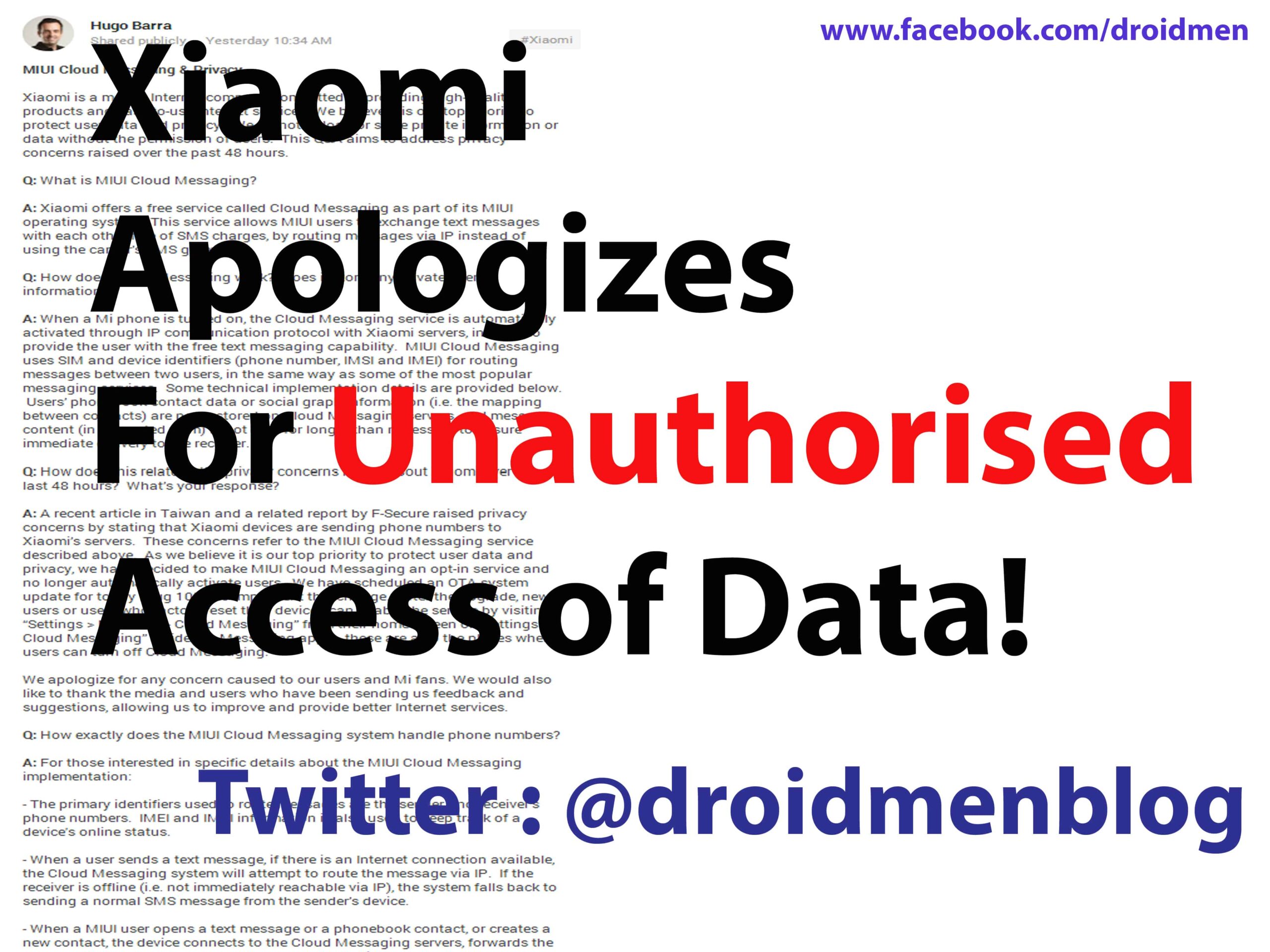 Xiaomi, the Chinese Smartphone manufacturer was rocking in the Indian market with the Cheap Mi 3 which had High-end Features. While it was rocking and selling Smartphones faster than Tatkal tickets, it faced a problem which was claiming that Xiaomi Sends data to Chinese Servers.
{adinserter 1}

Above all this, Hugo Barra made a post on his Facebook Timeline which was an Answer to the Questions which were arose by many Bloggers and Potential Xiaomi Smartphone Buyers. The matter was getting chill, Hugo Barra did answer the questions in the form of a Facebook Post and the Answers to the Questions were also posted on Xiaomi’s Official Page. Here’s the Answer given by Hugo Barra

So today Hugo Barra made a Post on Google Plus giving answers to a lot of Answers and in a way did apologize for sending of Unauthorized Data and did announce that the new update will make the Cloud Messaging Service Optional, Here’ s the Answer which was given by Hugo Barra in regards to Unauthorized Access of Data.

So is it over? Or there will be some other hurdles Xiaomi has to face? Well this is an Online world we can’t expect anything! Anything can happen at anytime? Going through this will Xiaomi be able to capture the Smartphone markets outside China? I think if Xiaomi cares for the privacy!