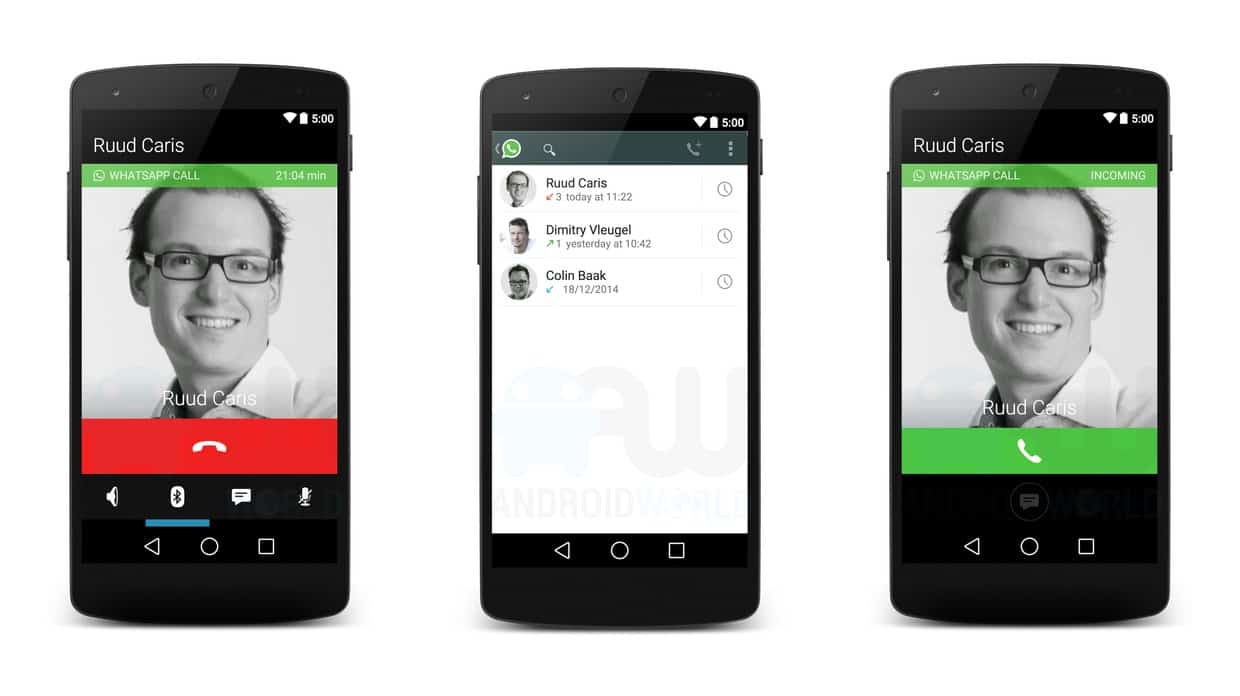 Just Few days are left for the Year 2014 to end, we have a superb news which would charge the Android Phone users. Most of the people were crazy behind a Feature “WhatsApp Voice Calling” yes, I’ve heard many people searching for that, and many a times I’ve heard many of my Friends asking “When is WhatsApp Voice Calling Coming?” and I didn’t have any answers to their questions!

WhatsApp Voice Calling, is it a threat to Viber, Hike, Line?

Well, even though we have many social networks which provides free calling features which allows people to make calls for Free. But still, people have always been searching for WhatsApp Voice Calling Feature. It is because, WhatsApp is a very instant and easy to use messenger.

On the other hand WhatsApp has the largest number of active users when compared to any other social networking app such as Hike, Line, WeChat, Viber etc. The other apps have been using various strategies to beat WhatsApp but none of them have succeeded. Some of the strategies used by Line, Hike and WeChat is providing free talktime to users for inviting their friends or by doing some tasks. But still none of the strategies are able to beat WhatsApp.

Well, the exact date when WhatsApp Voice Calling Feature would come live is not known yet, but most probable that it would come up live in early 2015 or at mid 2015. I will update the date as soon as we come to know about the exact date!

On the other hand is already working to launch WhatsApp in different languages which would make easy for a person not knowing English to use WhatsApp. If you are good at any other Language and wish to contribute to WhatsApp then you can visit WhatsApp Translate