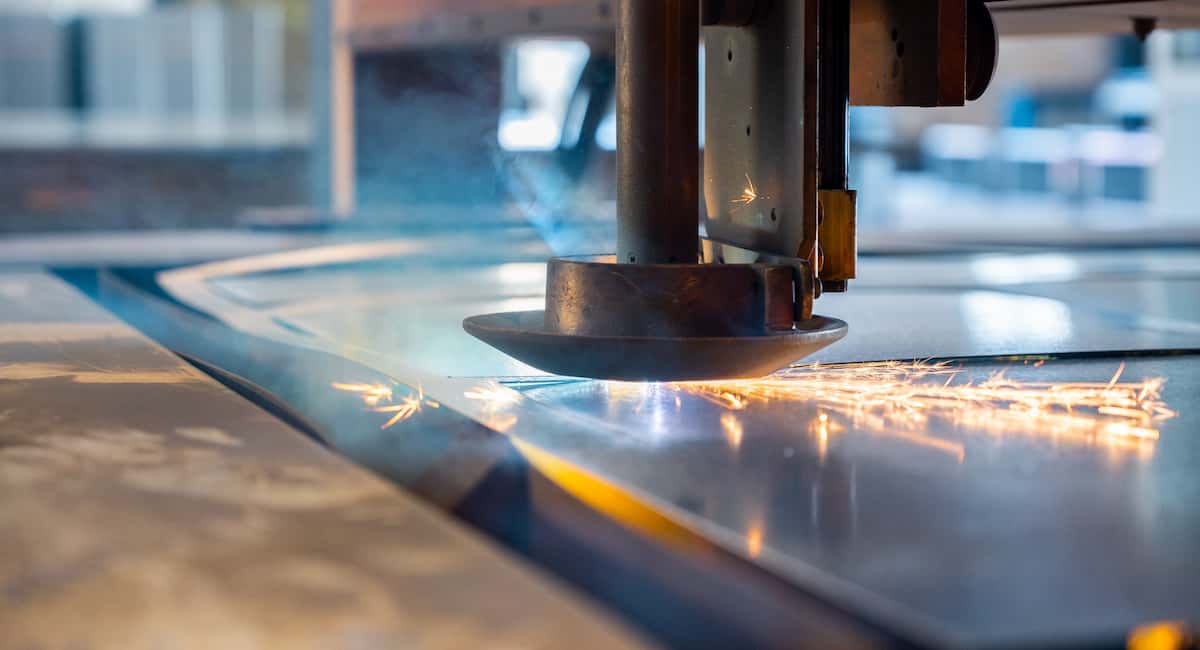 What is Laser Cutting and How Does it Work

Laser cutting is a computer-controlled cutting process in which a machine uses a laser to cut materials. Laser cutting has many applications, but it’s often used for precision parts and metalworking. It can take on a variety of shapes including curves and straight lines, making it the perfect method for creating an endless number of shapes from flat materials. In this article, we’ll be exploring how laser cutting works and why it’s such an important invention!

A laser cutter is a computer-controlled machine that’s equipped with a CO2 or Nd: YAG laser, an air compressor, and a compressed airline. There are also controls for the feed rate, focus height, and other variables along with safety devices including cameras, sensors, and interlocks. Laser cutting also utilizes burn tables, so if you’re interested in industrial laser cutting, there are burn tables for sale that might just fit your needs. The CO2 lasers used in many laser cutters are gas lasers that emit a beam at the 10.6μm wavelength, which is infrared light. Since CO2 lasers are used in more industrial settings, they’re also more affordable than Nd: YAG lasers.

In some applications, it’s necessary to use a YAG laser because of the material that needs to be cut. Nd: YAG lasers use neodymium-doped crystals and can emit light at a wavelength of 1064nm. YAG laser cutters tend to cost more than CO2 laser cutters because they’re less common and more complicated machines, so if you’re looking for a budget cutter, a CO2 laser is a way to go! Lasers can offer companies automation of business operations which is crucial for cutting operating costs.

When it comes to cutting power, two variables determine how well your machine will perform: the power of the laser and the speed at which the beam moves across your material. The faster you move your beam, the cleaner your cuts will be because you’ll be able to direct more laser energy onto one area before moving on to the next. This is called the feed rate. If you move your beam slowly, there’s more power per unit area so the overall cut quality will be better. But if you turn up your power and slow down your speed, you could potentially burn through your material. To avoid this, have a look at our infographic below for an explanation of what happens when materials are exposed to laser light!

The Power Spectrum of Laser Cutting

Different types of materials react to laser light using a chart known as a power spectrum. It’s important that these spectrums exist because lasers have different capabilities depending on their wavelengths and output powers. You’ll notice that there are three regions: absorption, transmission, and fluorescence.

Most machines work by moving their focused beam very quickly across the length of material. This is done by rotating a mirror, moving the beam so it stays within the focal point of another one while making sure to keep the material in place. The laser beam can also be moved up or down if it needs to be cut vertically or diagonally. There are three different types of laser cutting systems: galvo, flat-bed, and 3D.

In a galvo system, there’s a galvanometer mounted on gantry rails that moves its mirrors back and forth quickly to bounce its beam along. It uses two light beams with orthogonal polarizations which cuts down on issues like speckle that can occur when you’re using a single polarized beam.

Flat-bed laser cutters are the most common type of machine because they’re relatively simple to use. The material is placed on a flat tray that slides along two axes so that the laser can direct its beam toward it. These types of laser cutters are known to have tighter tolerances than other machines because it keeps the focus point at a consistent distance above the material, but these systems aren’t as fast as galvo or 3D cutting systems.

3D laser cutter system works by moving its mirrors up and down to control both the x and y axes since it does not need rails! If you want to make your life even easier there’s also an auto-loader tray that can hold up to 300lbs at a time. These lasers are usually more expensive than their flat-bed counterparts, but they require less user input and can make repetitive jobs like engraving go by much faster.

When you’re working with a laser cutter, it’s important to use the correct safety precautions. First and foremost, never look into a laser beam because permanent damage can occur in a fraction of a second. Since lasers rely on highly-concentrated beams of light, even reflected beams from nearby surfaces can be dangerous so you should always wear protective eyewear to block wavelengths between 400-500nm.

You should also pay attention to what your machine is doing at all times because these machines produce very hot materials that can catch fire or explode if too much heat builds up! Never try to open the housing while the cuts are still ongoing because this could cause serious injury and damage to your system.

Because there’s high power coming out of these machines, you should also be aware of the potential sparks that could occur while your machine is running. As long as you have a fire extinguisher nearby, don’t worry too much about the chance of this happening because it’s very unlikely to happen, but it’s still worth being prepared just in case! Laser cutters are one of the most interesting types of equipment in our industry because they’re able to do things that no other machine can. You’ll be able to see just how versatile they are by using them for your own projects!