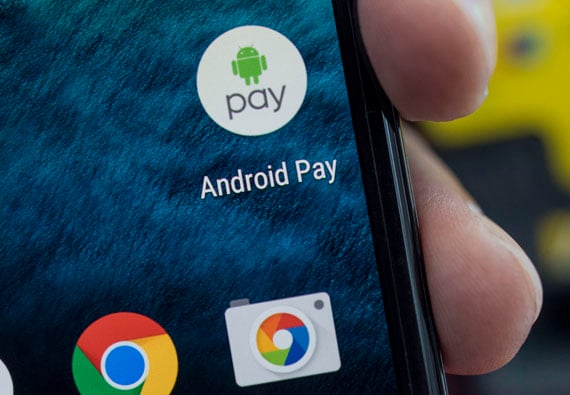 What is Android Pay? It’s Different from Samsung Pay and Apple Pay

What is Android Pay?

As the title suggest Mr. Pichai has also clarified that the Android Pay won’t be similar to Samsung Pay which was announced yesterday and the already existing Apple Pay. It is an API Framework which would be used by Payment systems for integration of Android Devices.

According to Google’s Sundar Pichai, The Payment systems would be using the APIs given in the Android Pay and build the Apps which would be able to make payments using Android Pay.

“Anybody can build a payment service on top of Android and plug into Android Pay APIs. Google Wallet will be a customer of Android Pay, as would other services,” said Pichai.

Keep reading to know Android Marshmallow Vs Apple iOS 9 comparison: Which one wins?

What are Your Views About Android Pay?

Yesterday we compared the Samsung Pay vs Apple Pay and we saw how the Samsung Pay burried the Apple Pay alive, Though Apple Pay is a great way which allowed iPhone users to make Payments through their iPhone’s but there were not many terminals which were having built-in NFC and many stores didn’t like to upgrade to a newer one.

Hence Samsung Pay solved the problem by supporting the Magnetic Credit Card reader, and now Google is willing to introduce Android Pay which would have an API which could be used by systems to build apps for making payments through Android Pay.

How does Android Pay beats Samsung Pay and Apple Pay?

Well, the Samsung Pay and Apple Pay are very restricted to the Smartphones or products which are made by the same manufacturers, Samsung Pay won’t be available for any other Android user who doesn’t have a Samsung Smartphone and the same with Apple Pay (as it can’t be used without a iPhone).

However, the Android Pay would be open and would be available for every Android Phone available in the market. This way it would be able to reach a larger number of people!