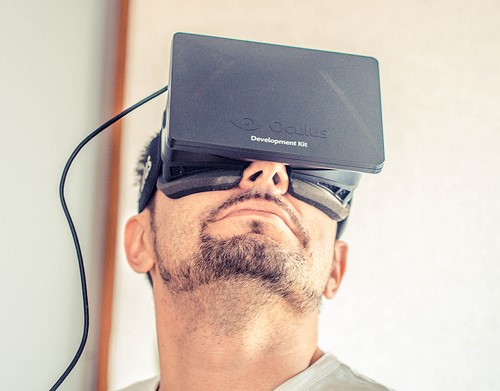 The internet is alight with buzz, rumours and controversy surrounding virtual reality, primarily around the company leading the charge when it comes to the much anticipated tech.

Oculus, the company behind the soon to be released Rift, also lend their VR tech to the popular Android VR device, Samsung’s Gear VR.

These are two of the earliest devices to hit the market, with a raft of others surely to follow. Infact, Oculus have stated that they intend to release more affordable VR headsets, aiming to capture a slice of the lower end of the VR market. The firm will already have a firm stake at the premium price point, with the fully fledged Oculus Rift to cost around $600. To put this into context, the Samsung Gear VR weighs in at around a modest $100 – with Oculus aiming to make even cheaper units.

At present, Google Cardboard is king of budget VR. The DIY 360 degree video viewer is definitely not in the same league as the more premium devices. But the price point, and due to the fact it’s intended for quick use, and not long immersive sessions, led the Financial Post to dub it as ‘VR for the masses’.

So how could VR be used with Android?

One of the most popular ways to use VR headsets on Android at the moment is to consume 360 degree video content. A lot of media outlets are getting onboard with this, including YouTube, where 360 degree content can be found by navigating to the #360video channel.

360 degree video is wholly immersive, with it feeling like the viewer has been thrust into the action. The potential applications of this are endless. For example, sports publishers have already started experimenting with providing 360 degree sports streams, which will allow VR viewers to be in the heart of the action.

Another popular application of virtual reality therapy, The VR is, inevitably, in gaming. Gear VR owners already have a raft of games to choose from, including titles such as Herobound, as well as the tense Dreadhalls.

VR also opens the door for its users to consume a vast amount of information quickly and easily. We all remember the scenes from Minority Report, where Tom Cruise used his hands to virtually slice, sort and sift his way through information. That reality now isn’t far away. VR web browsers already exist and work in very much the same way.

But another exciting development could come in the field of stock trading, gambling, or any other field where lots of information and stats can be accessed and monitored at the same time.

For example, VR users could be launched into a portal with the latest sports news and statistics. But rather than this just being a flat, 2D experience, the information will be there, all around them. Betting and trading would be as simple as a swipe of the hand, or a tilt of the head to focus on a particular element. Imagine placing a bet on your sports team and having the key tools literally on your fingertips. The possibilities really are limitless.

These are still early days for VR and it’s still trying to gain a foothold in the mainstream. At present, most people will not have seen a VR headset in the flesh, let alone used one.

In time, as the medium gains more popularity, this will change, bringing with it increased interest from app and game developers.

Given the popularity of Android for developers, our bet is that the mobile OS will be a pivotal partner in the new tech’s rise to dominance.