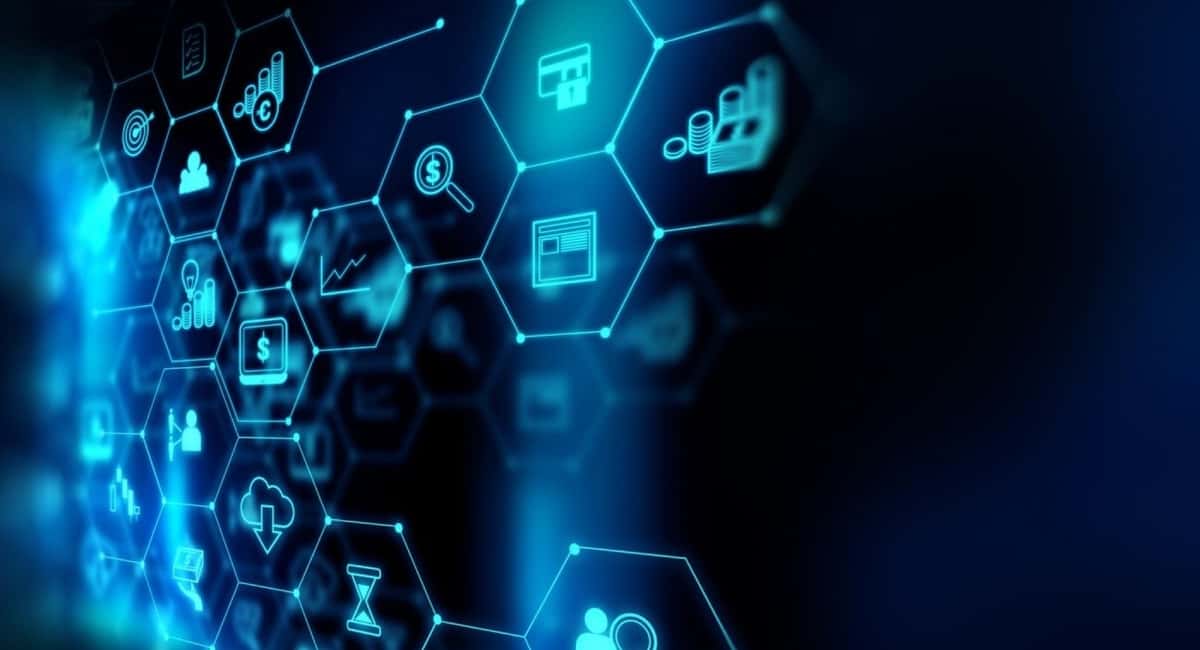 These 8 Blockchain Applications Can Transform Your Business

Everyone is talking about cryptocurrency – it’s the hottest topic of the day. People are often perceiving it in different ways. While many are rushing to learn as much as possible so that they can invest in cryptocurrency and make money, entrepreneurs are thinking about possible uses of blockchain as technologies that could change and improve the ways we doe business today.

Blockchain is a technology that crypto was built on – it’s an encrypted database which is used similarly to a decentralized public ledger. Blockchain records transactions between computers and creates a permanent record of each transaction where nothing is ever lost.

At the highest level, blockchain represents a chain of blocks – as the name of it says – in the database. Each of these  blocks contains batches of information and transactions which are encoded. Every block also contains a hash of the previous block which links the two blocks. All blocks are connected in the same way so that they create a chain.

The chain can be traced back all the away to the original block.

If one of the blocks is altered, all other blocks in the chain are changed as well so it’s easy to see if someone – and who – tampered with the information. The data is replicated within each computer in the network so it’s easy to verify the data.

So, blockchain is a transparent, shared database. It’s protected against altering, revising, tampering etc. – and it can embed contracts.

Here are some of the ways it can do that:

Blockchain as a bookkeeping tool can transform finance as we know it. For one, it’s completely transparent. It’s also incorruptible. So, in a way, it is the best platform to solve corruption in many institutions.

The encryption and verification are automated which means that the amount of errors would be reduced as well. With each transaction, parties are identified, as well as date and time and all of the related data.

This could also eliminate the need to have an accountant or a bookkeeper in some elements. But, accountants could also benefit from blockchain by automating processes and monitoring transactions in real time.

One of the most obvious and well-known blockchain applications is the ability to send and receive funds. Blockchain started out with this in mind, so it makes sense. However, businesses are still learning how and why blockchain is of use to them in this area.

Blockchain allows you to transfer funds securely and to anyone in the world. It’s done in an instant and the fees are incredibly low, especially when compared to the fees that traditional wiring can require.

This happens because there are no intermediaries in blockchain – which is what slows the process down and requires those high fees. When wiring, your money goes through several banks.

But blockchain doesn’t have any intermediaries. Your money goes straight to the other party.

This term has been around for more than two decades, since 1993. But, now it’s associated with blockchain.

This happened because of the Ethereum project which is a smart platform which runs these contracts. There is no possibility of fraud, censorship or interference from any third party there.

Smart contract is an automated programs which carry out the terms of any contract. This is a financial security which is held in Escrow. Smart contracts allow businesses to bypass regulations and to lower the costs of of common financial transactions. These contracts are also unbreakable.

Many companies are already using this to enable their customers to have easier transactions. For example, Slock, an Ethereum-enabled IOT platform uses this to allow their customers to rent anything by unlocking a smart lock when both parties agree on terms. Banks that operate globally are also using smart contracts to enable a better loan market.

This means that you won’t need a law degree to issue and execute a contract.  Especially when it comes down to simpler agreements. However, attorneys won’t become obsolete. In fact, there is room for and ICO attorney when it comes to more complex agreements.

Blockchain can also be a great tool for project management. A plan could be executed through a series of contracts. This group of contracts will cover what is needed to finish the project. This is certainly much easier to manage than the traditional methods which would take more time and effort.

Another great use of blockchain would be as a simple and effective notary service. The best part is that this is already utilized in some industries and niches. For instance, the app called Uproov –  a smartphone multimedia app – is notarised immediately after you create an image, a video or anything else. Another service, Stampd.io, actually uses blockchain to notarize proof of ownership of any digital creation.

This is another application where you can take an advantage of blockchain. There is already a great example of that – a company called Storj., which is using blockchain to give their users a fast and affordable cloud storage. This storage is really secure as well. The founder says that users can utilize the extra storage in their hard drive to store 300  times as much as they could on a regular cloud. This opens up a new revenue stream for general users while companies could save up on the cost of storing data.

Fraud costs industries $18.5 billion every year. Because of this, security is, and needs ro be, one of the top priorities to all businesses. Blockchain tech makes tracking digital identities secure. This ultimately reduces fraud.

Blockchain offers a great solution where identity of the users can be authenticated in a secure and irrefutable way. Methods which we are using right now are problematic in many ways. For one, we are currently using a password system which is flawed and insecure. However, blockchain is safe and it uses an identity verification which doesn’t allow for fraud or anything similar. It’s based on the public key cryptography.

The only check is related to the verification of the correct private key. We can, therefore, use blockchain  for IDs, logins, passports, birth certificates and so on. This is already used by a company called ShoCard which uses blockchain to approve of users identity on the mobile device.

The products we buy usually aren’t produced by a single company but by a chain of suppliers which deliver elements to one company which assembles them. So, when one of those elements in a chain fails to deliver, the final product becomes less likely to happen. But blockchain could change that – a company could provide records which would show the stakeholders each step of the progress. Companies like SkuChain and Provenance are already attempting to use this approach to handle their suppliers.

Blockchain could have many more applications for businesses. It would eliminate the need for some of the traditional methods of doing business that have been problematic for a while now. As a business, you should explore all of the elements where blockchain technology would be useful to you and where it would improve your business.