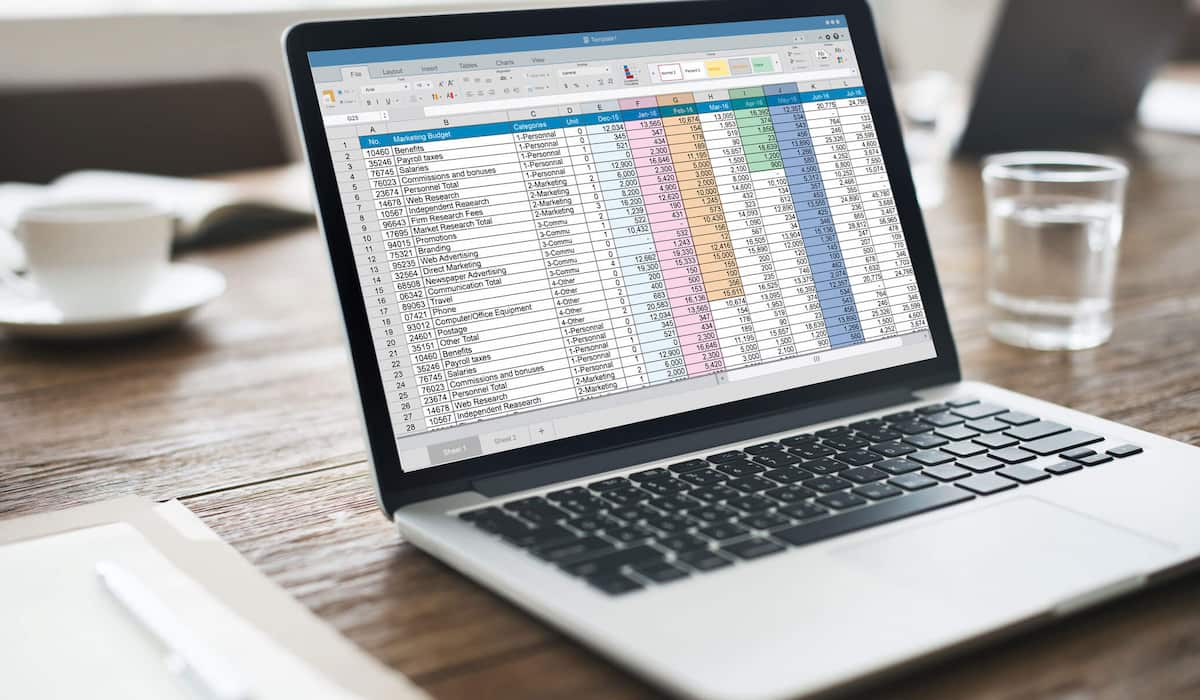 MS Excel has become a ubiquitous tool in the workplace, and various clerical, statistical, and accounting workers know all the ins and out of the program, as it is needed in their profession. Even normal people can benefit from using excel to organize their schedules, their finances, or any data that needs to be tabulated. Familiarity will Excel and its functions is a very marketable skill in the clerical sphere these days, so it is a great benefit for anyone to learn how to use the program to a reasonable level of proficiency. We will show you some of the basic formulas and functions of excel and go a bit in detail about the subtraction formula in Excel.

After you’re done reading this guide, you would know how to use subtract in Excel formula, the rules of adding and subtracting negative numbers, and more. If you’re looking to get answers on how to subtract decimals or how to subtract mixed numbers in particular, then you should know that using the subtraction formula in Excel should do the trick.

What Is MS Excel?

Let’s give a bit of context about MS Excel for anyone that might be unfamiliar, or perhaps just want to know a bit more about the background of the program. Feel free to skip this and go straight to the subtraction formula in excel and the other functions if you’re familiar with what MS Excel is.

Microsoft Excel is a spreadsheet program developed by the Microsoft Corporation for use in their Windows operating systems. It is included in the Microsoft Office suite along with its other productivity applications. MS Excel was created in 1987 and was one of the first Office suite programs along with MS Word and MS Powerpoint.

Microsoft Excel comes with the basic features to be expected in a spreadsheet program. It uses a grid of cells that are arranged in rows that are named with numbers, and columns named in letters. This allows users to organize data and data manipulations, such as arithmetic operations. It comes with a host of supplied functions that allow users to perform operations to solve statistical, engineering, and financial problems. Additionally, Excel also can display data in various graphical ways, such as line graphs, histograms, and charts.

Now that you know a bit about excel, it’s time to learn the subtraction formula in Excel and other functions.

How To Subtract In Excel?

There is no particular subtraction formula or function in excel but simply inputting the required signs. Let’s look at how you can subtract in Excel and also learn other related formulas.

Where number1 is the number being subtracted from, and number2 is the value subtracted. To provide an example if you were to subtract 90 from 100 then you would input: =100-90 into the cell and after pressing enter you would get 10 as the result.

So for clarity, to perform the operation described above, the steps are:

If you wish to subtract multiple separate values from a number that is also possible. You need only type those numbers in order, each having a minus sign (-) in between them. For example:

You may also separate parts of the operation by parentheses to indicate which parts of the equation to do first. Just like how we were taught in primary school. For example:

This is the most basic way to subtract in excel.

The next excel subtraction formula is to subtract the contents of one cell from another. In the previous example, we showed how to perform subtraction in the same cell. The method of using the minus sign (-) carries over, but instead of inputting numbers, we will input the cell references that contain the values you wish to use. This will include the column letter and row number:

Because this uses cell references the data within the cells can be changed and the formula will still be performed in the cell you inputted it in. If we were, for example, going to subtract the value of cell B1 from cell A1 then it would look like this:

Something to remember is you do not have to manually type in the reference numbers of the cells you want to operate on. You can select them after inputting the equal sign (=) into a cell. Here is a step-by-step of this:

Subtracting Data From Multiple Cells From One Cell

It is also possible to subtract the value that is in one cell from multiple cells in Excel. There are a few ways that you could do this.

In this, we simply type in several cell references that we want to subtract, again separated minus signs (-) like previously shown when subtracting multiple numbers was discussed.

For example, if you were to subtract cells A1:A4 (A cell two cell references separated by a colon (:) denotes a range of cells, in this case, A1 to A4) from B1, Your formula would look something like this:

Another way you could arrange your subtraction formula in excel to make it more compact, is to add all the subtrahends (values to be subtracted) using the SUM function. The SUM function is used to get the sum of a range of cells and can be used in a subtraction formula to collate all the subtrahends into one. So if we were to do this with our previous example of subtracting cells B1 to B4 from cell A1 it would look something like this.

Same as when picking out cells for subtracting using the minus sign, after inputting the SUM function you only need to select the cells in the range you wish to add together.

Another formula for subtraction in Excel is to make all the numbers you want to subtract negative and then applying the SUM Function. You may remember from primary school, being taught in Math class that when adding a negative number to a positive number it works like subtraction.

We can apply this to our subtraction formula in excel. Using the previous example, we will have to include A1 in the SUM formula. We must separate it from the range of B1 to B4 with a comma (,). This would make it look more like this:

To make the numbers you are subtracting negative just add a minus sign (-) before the number. Remember that only the subtrahends are to be made into negative numbers in this case, and the minuend is to be left the same. This is another way you could use the subtraction formula in excel.

Another subtraction formula in excel is to subtract the contents of one column to that of another. To subtract 2 columns by each row, what you have to do is do the same thing as the minus formula discussed earlier with the cell references, in the topmost pair of cells. After this, you will drag the fill handle or double click the plus sign to apply the formula to the entire column. Because of relative cell references, the formula will adjust to apply to adjacent cells all along the column.

Another subtraction formula in excel that you can do is subtracting dates. So how to subtract dates in excel? The simplest way to do subtraction of dates in MS Excel is to input the dates into individual cells. Afterward, you can subtract one cell from the other. It should be arranged like this:

Just start with typing the equals sign (=) then selecting the cells containing the dates, separating them with a minus sign (-). An important thing to remember is the format of our dates. It should be arranged as Datenumber_Month_Year, for example, 10 May 2020.

Aside from the subtraction formula in excel, there are many other operations a user might do while using the spreadsheet. There are a total of 450 functions available on the latest version of Microsoft Excel, so obviously we will not be outlining all of them here. But it is very useful to know some of the commonly used ones as these basic functions can be used in a variety of different day-to-day work and activities.

Like mentioned earlier when we discussed the subtraction formula in excel, the SUM function is used to add values in selected cells and ranges of cells, and is probably the first function you should learn in MS Excel. It aggregates values from your selected columns and rows. It should look like this when used:

The Average function is used to get the average value of the range of selected cells. It is classified under the statistical functions category. It gets the mean value of the selected values, and should look like this when used:

COUNTA is similar to the COUNT function, but unlike COUNT this one will count all the cells selected even if they have non-numerical values in them. It also counts dates, times, logical values, or text. So it should look something like this:

The IF function is what we use when we want to sort the data in our specified range according to a given logical parameter set by the user. This means that we first set a parameter, then next a value if true, and finally a value if false. All of these are divided by commas (,). You can also embed formulas and functions within the formula using the IF function. So in use, it should look something like:

The Excel formulas like subtraction formula in excel and others outlined are useful if you work with a lot of data. There are many other functions and formulas but that would then be a level above the basic that we have shown here. Also, the subtraction formula in excel that we showed can be applied to subtracting other values like mixed numbers, decimals, and fractions. If you wish to know more you can go to the Microsoft support website to view a list of Excel functions in alphabetical order.

Read More
Table of Contents Athletes and phones: why it’s a bad combinationInability to fully concentrate on your workLoss of…
TTechnology

Read More
Table of Contents Keep reading to learn how you can browse without worry1. Think Twice Before Posting2. Set…