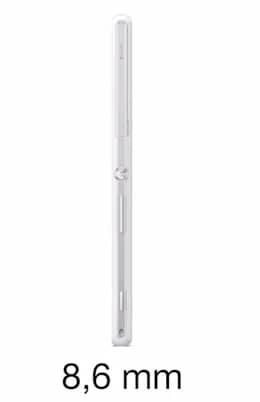 Sony Xperia M2 Aqua – The World’s most waterproof Smartphone arrives, Everyone who have thought of buying a mid-ranged Smartphone would be aware of the Sony Xperia M which was one of the most attractive phones before the Motorola Moto G arrived in the market. Sony Xperia M2 is an addition to the M Series.

People today have become Phone Addicts, whatever they do they always have their Phones with them, the addiction has increased with the increase in the number of Smartphone users. Some people like me are much addicted that they can’t using their Smartphones whenever they take a Bath or even when it is raining. I previously had an Xperia Z which I miss very much when I walk in rain. The addiction among the people enables Sony to create such devices.

What makes Sony Xperia M2 Aqua the most Waterproof Smartphone?

{adinserter 1}
Well, So I haven’t seen the Sony Xperia M2 Aqua yet, but while going through the videos for many times. Actually Sony also made the Xperia Z in similar way but it is an high-end device, whereas Sony Xperia M2 Aqua is a mid-ranged device with a similar functionality in regards to protection from water. Plus it does have a design which makes it sink well in water.

I observed that the Sony Xperia M2 Aqua doesn’t becomes the mid-ranged Most waterproof Smartphone like that only it is build compact which doesn’t allows a single drop of water to enter the internal hardware part. You can have a look at the image of the Side view of the Xperia M2 Aqua which will self-explain you what I’m saying!

After seeing the side view of the Xperia M2 Aqua, one could understand what I was trying to tell in the about the compact build quality of the Sony Xperia M2 Aqua. The Smartphone is built in such a way that you it can sink well in the water without causing any damage to itself and saving the loss of money!

GGadgets
Read More
Given the meteoric rise of recreational vaping, especially among young people, it’s easy to forget that e-cigarettes were…
AAndroid NewsGadgetsSamsung
Read More
During the MWC2015, Samsung announced the Galaxy S6 and Galaxy S6 Edge Phablets and the Galaxy S6 Edge…
AAndroid NewsGadgets
Read More
Motorola has been planning to take over the smartphone market, The only reason why Motorola isn’t growing quick…
GGiftsGadgets