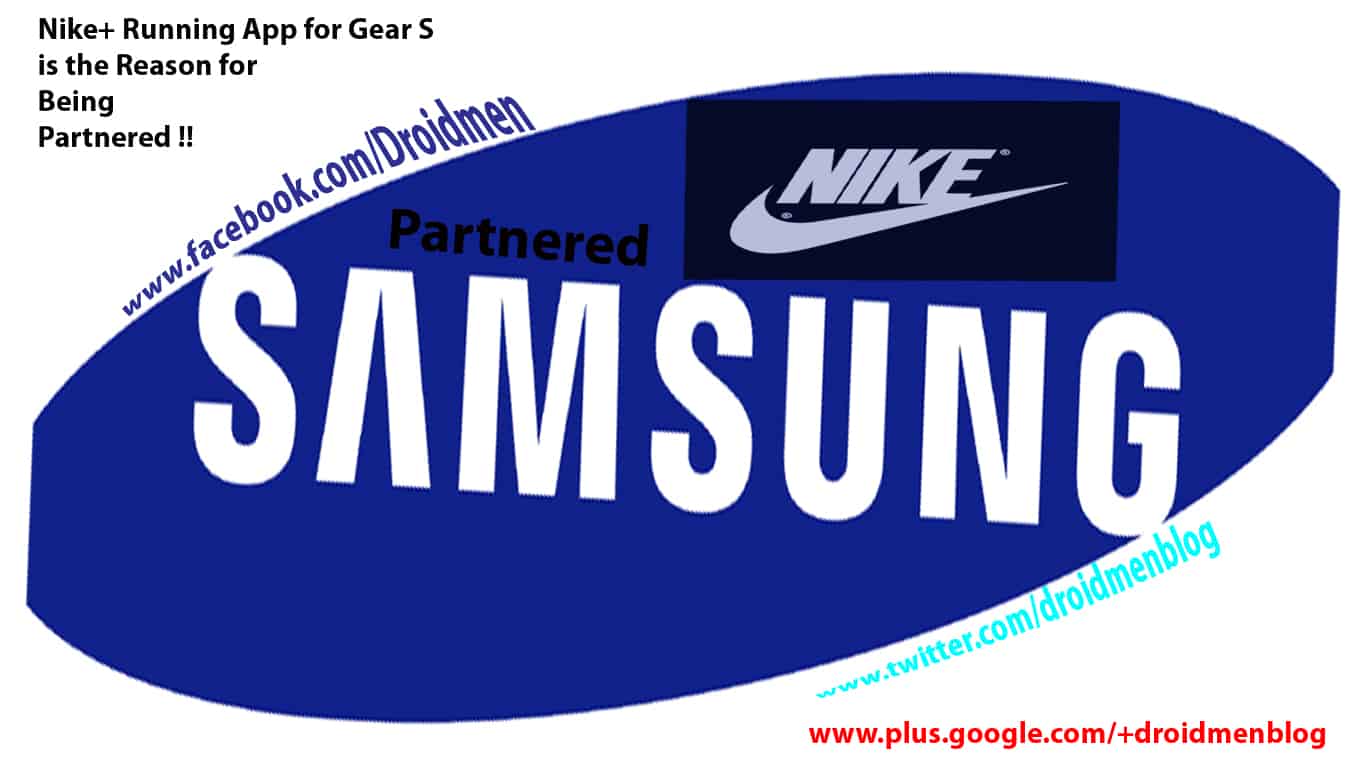 Samsung, the South Korean Electronics company has partnered with Nike and has launched Nike+ running App for Galaxy Gear S. The Samsung Galaxy Gear S is the company’s first standalone Smartwatch i.e it will be able to make calls using 3G and won’t require connection to a Smartphone to make calls and use 3G.

What is Nike+ Running?

{adinserter 1}
So Moving to the core part of the post, Nike+ Running is a newly launched app for Samsung Galaxy Gear S Smartwatch which is based on Samsung’s Tizen OS. This app is the result of Partnership between “Samsung and Nike”.

So Basically Nike+ Running app is an app which is already available in the PlayStore for Smartphones and AppStore for iPhones. This app enables you to track your Runs and Help you reach the goal by motivating the user. With tracking the Nike+ app also has  a feature of Social Share which enables you to share your Progress on Social Networks – Facebook and Twitter

The Galaxy Gear S is the Smartwatch based on Samsung’s own – Tizen OS and the Nike+ will be coming with Nike+ Running App Pre-installed in it. The Nike+ Running app will work the same way it works on the Smartphones.

Since Gear S is a Standalone Smartwatch, Nike+ Running will be a standalone running tracker and in addition will also feature a music player also. Usually Tracking Apps Like Nike+ Running uses GPS to keep a Track, Samsung Galaxy Gear S possesses it’s own A-GPS receiver, so we can say that tracking will be as smooth as butter unless your battery gets discharged.

Like the Smartphone version of Nike+ the Tizen OS Version of the Nike+ Running App will also enable you to share your app data, such as your Progress, Pace, Nike Fuel Earned, Heart Rate and Time Spent running. All this can happen while you are running. Doesn’t that sound Cool ?

Thinking to Buy a Samsung Galaxy Gear S? Did you like the Nike+ Running App for Gear S? Liked it? Please post comments based on your thinking and also do post out what other features you would like to have on the Nike+ App for Gear S?