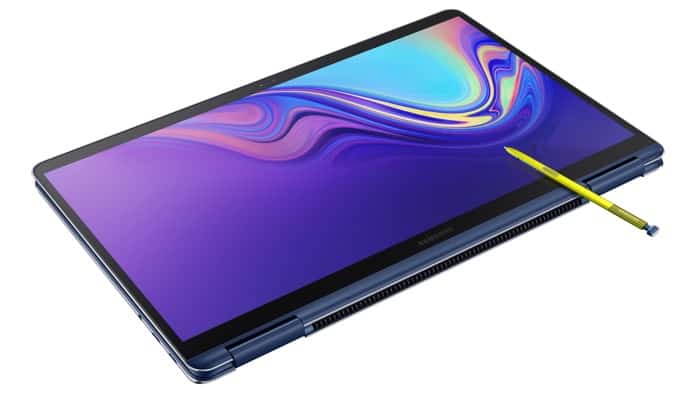 Samsung Notebook 9 Pen, They Introduce It with a 2-in-1 PC with built-in S Pen

Samsung has just launched the Notebook 9 pen, a 2-in-1 PC that comes with a built-in S Pen. The Samsung Notebook 9 Penfeatures edge-to-edge diamond cut metal finish which according to Samsung gives the new convertible device premium look and feel.

The device’s S Pen is also a big upgrade from its previous model as it has a reduced latency of up to 2x. This makes the easier to jot notes, draw and control the PC component of the Notebook. It is also customisable which enables users to swap in three different pen tips.

Enough about the S Pen component and let’s take a look at what’s under the hood for this new device. The Notebook 9 Pen comes in either 13″ or 15″ variants. Both comes packed with 8th-generation Core i7 processor with 16GB of RAM and 512GB NVMe SSD. Both also has microSD slot for storage expansion later on.

Buy the Lenovo Z5 Pro GT Smartphone Alongside The Z5s from here.

Samsung said that these Notebook 9 Pens is available now in Korea. It will be available in other international markets in the coming weeks.

Get more gadgets information and visit our blog today for more tech topics from our gadget section.