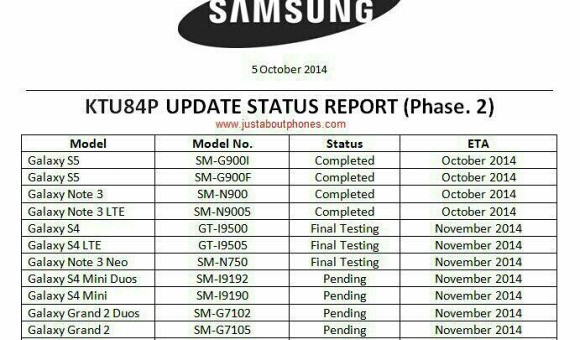 When System update reminder shows up in the notifications bar, Tap on the notifications and  choosing  “Download Now” and then choose “Install now” after the Download is completed, It will update your Samsung Galaxy S5 to Android 4.4.4 KitKat.

Incase the System update Notification fails to show up, you could install Android 4.4.4 KitKat Update on your Samsung Galaxy S5 manually. Follow the instructions :

The leaked road map doesn’t mention  the changes the update will bring to the device. And since the update is from Android 4.4.2 to Android 4.4.4 update. The update will most likely just patch bugs, improve security and improve performance or might come with some bugs too.