Samsung Galaxy S10 release dates and specs leak out, launch date will be before MWC 2019

For those who have been wondering whether Samsung will be launching the Galaxy S10 during the Mobile World Congress 2019, well sorry to break the news folks, that won’t happen. Latest rumors that leak out say that Samsung instead will launch their newest flagship phone at a separate Unpacked Event on February 20, 2019, before the actual MWC 2019 on March 8.

So what else did the report tells about the Galaxy S10 series? Pretty much those are it as of this time. Like with other rumors and leaks that we have encountered, these features may or may not be true come release date. It would be best to wait for official announcement in the coming months. But in the meantime, you better start saving up as these phones won’t be selling at cheaper prices. 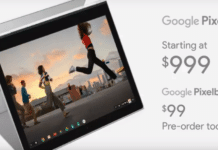