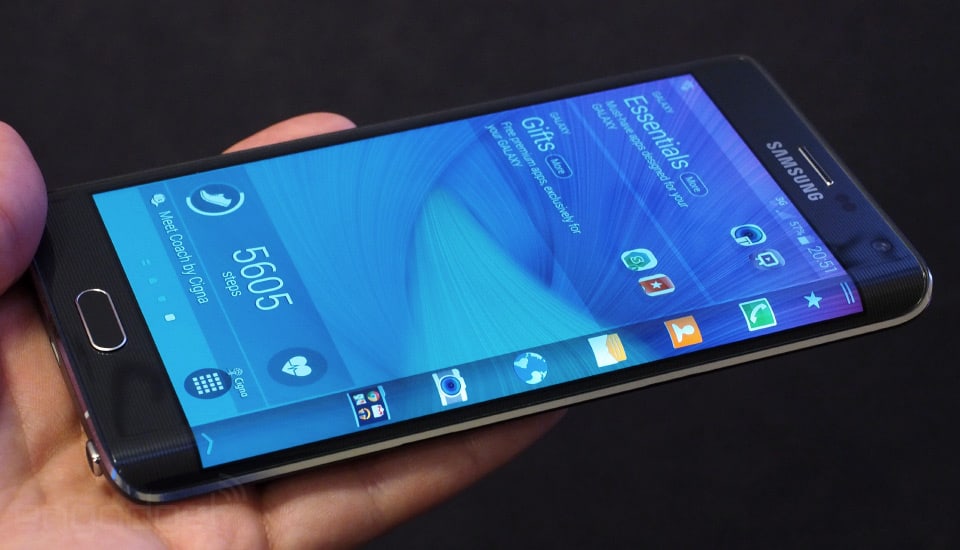 AT&T and Sprint were the First carriers in the US to announce that they will be having the Galaxy Note Edge Later in this month, It is said that AT&T will start selling the device from November 7th and the Sprint would release the Galaxy Note Edge a week after AT&T i.e 14th November.

Both AT&T and Sprint have revealed the details regarding the price of the Galaxy Note Edge.

On the other hand Sprint will sell the Galaxy Note Edge at $35 for 24 months (2 years) and $840 if no strings are attached. Well the specifications of the Note Edge would remain the same unless, the carrier makes some changes to the Phone.

To remind you with the specs of the Galaxy Note Edge, the Galaxy Note Edge has the same specifications which the Galaxy Note 4 possesses, It has an S-Pen Stylus, Encompasses a Quad-core Snapdragon 805 processor which is clocked at 2.7 GHz. 3 GB of RAM to store lots of data on a temporary basis, also come in 32/64 GB memory variants which would support a microSD card upto 128 GB.

Going towards the Camera, it would have a 16 MP Rear-facing camera with optical image stabilization, LED Flash and would support video recording at the resolution of 4K. The solid rear-facing shooter would be accompanied by a 3.7 MP user-facing camera which is known as the secondary camera as well, using the 3.7 MP camera you could easily capture brilliant selfies and would love the quality of them as well.

Display, the Note Edge comes with a 5.6-inch Super AMOLED Display having the screen resolution of 1600 x 2560. The Galaxy Note Edge would operate on the latest available Android 4.4.4 KitKat operating system and would also get an Android L update (Android 5.0 Lollipop) as soon as Google would release the Android L, The Galaxy Note Edge would have the default TouchWiz UI which rules the Samsung Galaxy Smartphones, to Keep itself alive it would come with a 3000 mAh Battery.