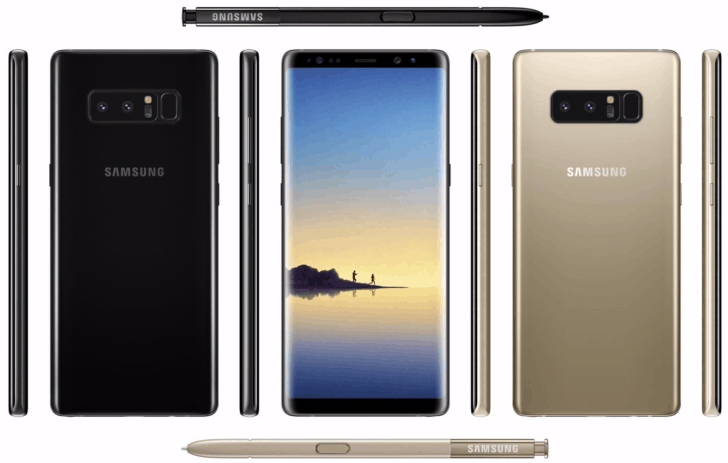 For months there has been a lot of hype behind Samsung’s gen-next smartphone, the Samsung Galaxy Note 8. The company officially teased the phone and announced the date of the launch event to be the 23rd of August. One piece of the puzzle that still remained was the fact that nobody knew when the phone might actually hit the stores. That date has now been reported in a Korean publication to be the 15th of September.

Latest reports from ETnews point that the upcoming Samsung Galaxy Note 8 smartphone will go one sale in Samsung’s home country, South Korea on the 15th of September. Keep in mind that this is the Korean release date and that is typically a earlier than the global launch. Most regions including the US and the UK are likely to get the phone a couple of days to a week after the South Korean launch. A good guess as of now would be around the 20th or the 23rd of September.

With the phone releasing in South Korea on the 15th of September, it would be an interesting battle between the LG V30 and the Samsung Galaxy Note 8. Both the South Korean giants are expected to release their flagship phones in the country on the same date. LG will be launching their phone a week after Samsung but it will go on sale starting the 15th of September.