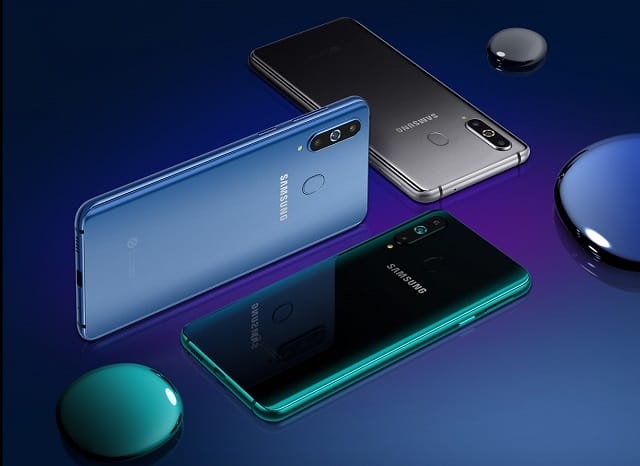 Samsung has just announced its soon-to-be released smartphone, the Galaxy A8s. Since this will be available for pre-order in China until December 21 and release date will perhaps be sometime in early January 2019, it’s safe to say that Samsung has just beat Huawei. The company just announced the Honor View20, an equally powerful smartphone with a front camera also embedded in the display. The View20’s release date is still unknown.

The Samsung Galaxy A8s boasts of 1080 x 2340 pixels screen with 19.5:9 aspect ration. It’s still uncertain whether the display will be Super AMOLED or the usual LCD IPS screen.

Aside from its infinity-0 display with punch hole camera, the phone will also be loaded with a powerful Snapdragon 710 chipset, 6-8GB of RAM and the usual 128GB storage which can be expanded up up to 512GB via microSD card.

The Samsung Galaxy A8s is packed with a 3,400 mAh battery with support for fast charging through USB-C and will run on Android 8.1 Oreo with Samsung UI.

As mentioned, pre-order in China has started and will run until December 21. The official release date of the Samsung Galaxy A8s is yet to be announuced.