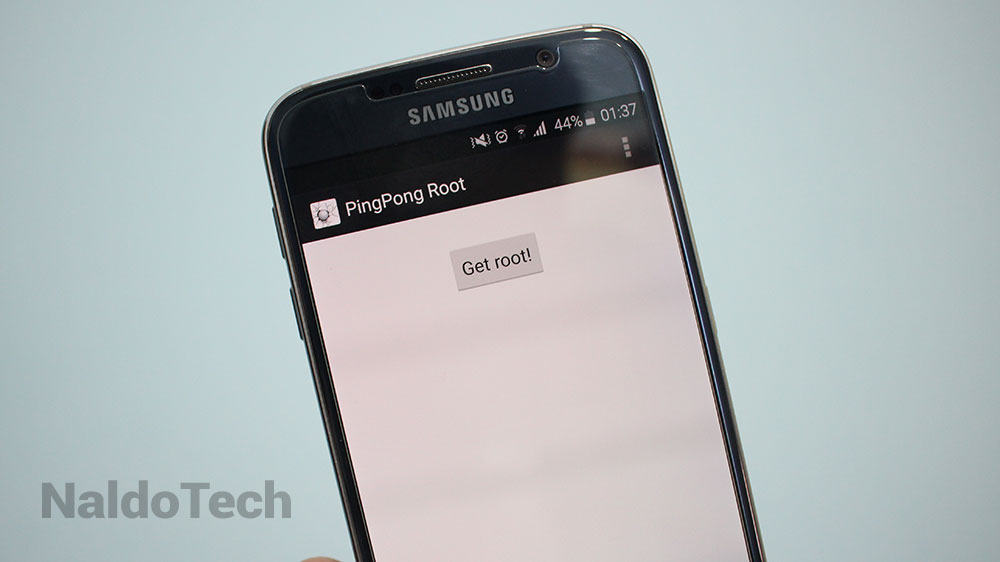 [Without PC] How to Root Galaxy S6/Galaxy S6 Edge without Losing warranty and without Tripping Knox.

Previously we posted that rooting the Galaxy S6 can led to permanent loss of the Samsung Pay Feature. Samsung, the Korean Smartphone giant has been making various efforts to protect its smartphones from getting rooted. Of various efforts made, the giant has failed. A tool which is named “PingPong Tool” allows one to root the Galaxy S6 without tripping the Samsung Knox. If you are rooting your Galaxy S6 or Galaxy S6 Edge using this tool, then it won’t void the warranty of your Galaxy S6.

So what is “PingPong Tool”. Basically, this is a tool which allows one to root their device on one single click. The tool is an Android App which will just root your Android Phone on running the app and clicking on a button.

What is Samsung Knox?

If you are someone who have been playing with Android devices you might have obviously heard about the Samsung Knox. Haven’t heard? So what? Samsung Knox is an enterprise mobile security solution which comes in with most of the High-end Samsung smartphones for providing security features. And who would like to lose such premium features? Not me. But previously it was discovered that rooting the Galaxy S6 could lead to tripping of Samsung Knox, which was one reason why many geeks didn’t root their beast-like Galaxy S6.

The Guide will work for almost all Galaxy S6 and Galaxy S6 Edge variants.

So you are almost clear about what Samsung Knox is and what is PingPong Tool. As the title suggests the Samsung Knox won’t trip if you are rooting your Galaxy S6 using the PingPong APK File. The Galaxy S6 already has huge beast-like specs, as a normal user, I don’t find a reason to root it. But I have an inner geek in me wouldn’t stop me if I had a Galaxy S6. So let’s begin with the steps in the guide.

The steps to root is very simple, it is just a click to root. One click and you will be able to root the Galaxy S6. Most of the people ask “How do I root Galaxy S6 without a PC?”. Well, you won’t require a computer to root your Galaxy S6 using this method. Before beginning with the steps you are required to download the PingPong Beta APK and install the PingPong App into your Galaxy S6. This guide will work for all the Galaxy S6 variants, do check the list!

Here are the steps to root your Galaxy S6 using PingPong Rooting Tool.

Read More
Army’s Mobile Connect App, which has undergone extensive testing and review, is revolutionizing the way Soldiers gain access…
AAndroid NewsMobile AppsWeb App
Read More
Few days back, I wrote an article in which I explained the steps for Extracting your WhatsApp Password,…
AAndroid News
Read More
In this tech-savvy world, we see a smartphone with high-end specs release every day, but we don’t find…
AAndroid NewsMobile Apps
Read More
Android Instant Apps were announced by Google during last years’ Google I/O event. This was one of the…