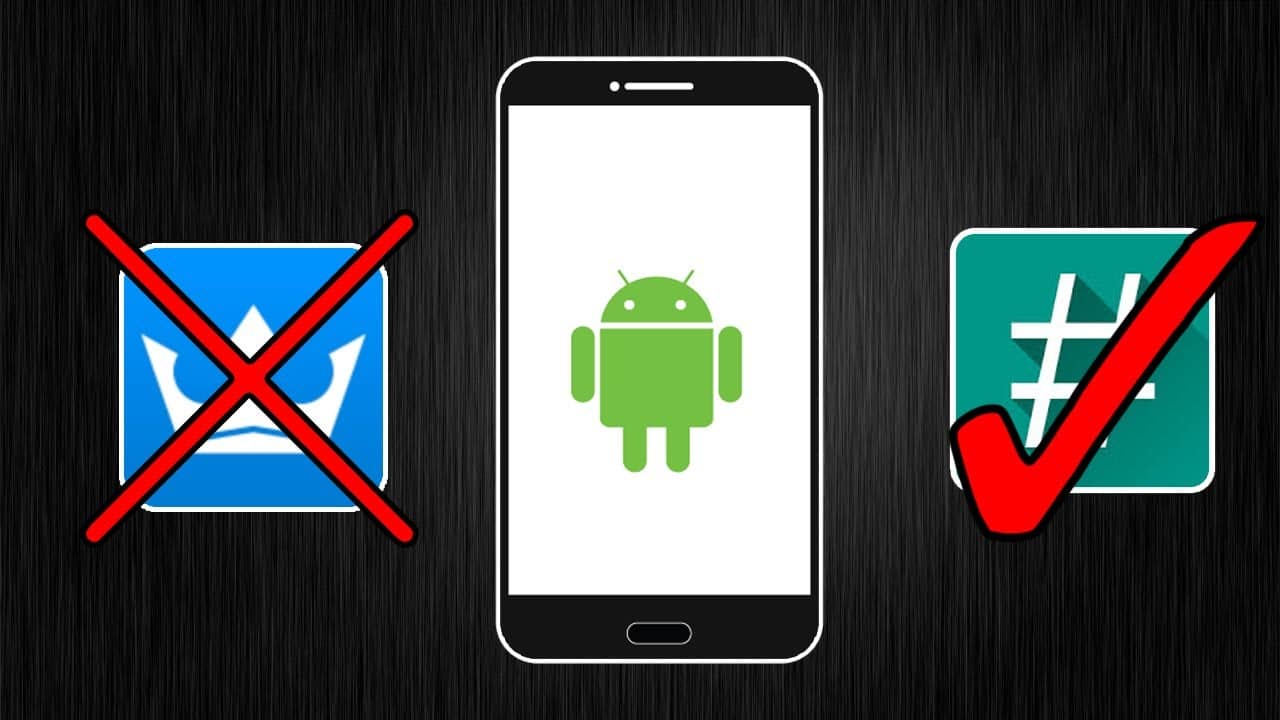 How to Replace Kingroot XDA (KingUser) With SuperSU

Rooting an android enables you to unlock a various number of possibilities, After rooting your android device one can easily do things which he wouldn’t have done at the first place in xda root. One of the common ways to root your android device without pc is “Kingroot XDA”. But, XDA root isn’t as powerful as the SuperSU.

What About Kingroot XDA?

A lot of people looking for an easy way to root their android device, end up using the Kingroot and other rooting apps like Framaroot. Although, these apps root your android device, but their functionality is limited.

That’s why for people who are looking forward to make complete use of your rooted android device, SuperSU is your way out. In this guide, we will be explaining with steps to replace Kingroot with SuperSU. So without wasting a minute more, let’s begin with the steps.

What to do if Kingroot will not install on your phone?

Although rooting using SuperSU script is the most popular way to root your android device. But there are many people who have rooted their phones using Kingroot and instead of having Superuser, their phones possess KingUser whose permission is required for making changes to the root.

An app with root permissions could do things which no other app could do. Say, an app which manages the root can easily access the data of other apps without the users knowledge.

We don’t say Kingroot does that, but it’s kind of unknown and that’s what makes the app vulnerable. So, if you’ve installed XDA root, you surely might be looking for steps to convert XDA root into SuperSU.

This is one of the most easiest way to shift from KingRoot’s KingUser to SuperSU. However, this method doesn’t work with many devices, in case you are not able to replace KingUser with SuperSU, you can simply follow the method 2.

For those who haven’t tried, Follow the easy steps listed below to remove KingRoot’s KingUser and replace it with SuperSU.

How to Remove KingRoot XDA KingUser?

However, if the steps in the above method didn’t work for you, you don’t have to worry much and head towards the next method listed below, which works for most of the devices replace kingroot with supersu.

This method works for almost all the android devices and works the best, However, it requires some decent skills to follow the instructions and copy the commands listed below into the Terminal app.

The link of the script which is shared below works without a computer system/PC, Hence the steps I’m listing below won’t require a computer PC. So are you ready?

This download section has the download links to the files or apps you will require to complete the below listed steps. Ready to shift from KingUser to SuperSU? What are you waiting for? lets begin.

Steps to Replace KingUser with SuperSU

Open the terminal android app type the command “SU” in the terminal, after writing the SU in terminal, you will be prompted with the message box asking you to deny/grant the functions. Granting permission will help you remove the kinguser on your smartphone.

After granting permissions you will have to type one single line of code, The other command will be

After writing the above command, it might show some error, but ignore that error, it will automatically launch SuperSU, in case it doesn’t manually open SuperSU.

Once done, Restart your smartphone and you will see that SuperSU works flawlessly on your Smartphone. That’s all, you’ve successfully replaced KingRoot’s KingUser with Chainfire’s SuperSU.

In case you are still not able to replace the KingRoot XDA with SuperSu, then you can install an app which shows the location or path, were the root is installed. Say, the root has been installed on /system/xbin/, then you are supposed to navigate to that particular location with the commands.

For e.g. to navigate to /system/xbin/ you shall use the command cd /system/xbin/ and follow the steps listed in method 2. Some of our users have also replied us in the comment area saying, that simply renaming the “Supersu.apk” to “supersu.apk”. Just by renaming the file in lower-case would help.

You shall try all of these methods, and in case they don’t work, you shall comment here in Google play services. We would surely help you about how to solve your problem.

GGadgetsHow-to's
Read More
Table of Contents Exactly What Is Nanny Cam?How Nanny Cams WorkRecording to a Memory CardLive Streaming to a…
AAndroid NewsHow-to'sMobile Apps
Read More
Table of Contents How to Install Paranoid Android 5.0 Lollipop ROM in Nexus 4.Things to be downloaded.Step 1…
AAndroid NewsHow-to'sMobile Apps
Read More
HTC One M9 is definitely one of the hottest buy’s of 2015. The phone has got a lot…
HHow-to's
Read More
Physical Challenged people always rely on some mobile equipment that helps them for routine mobility. It is evident…