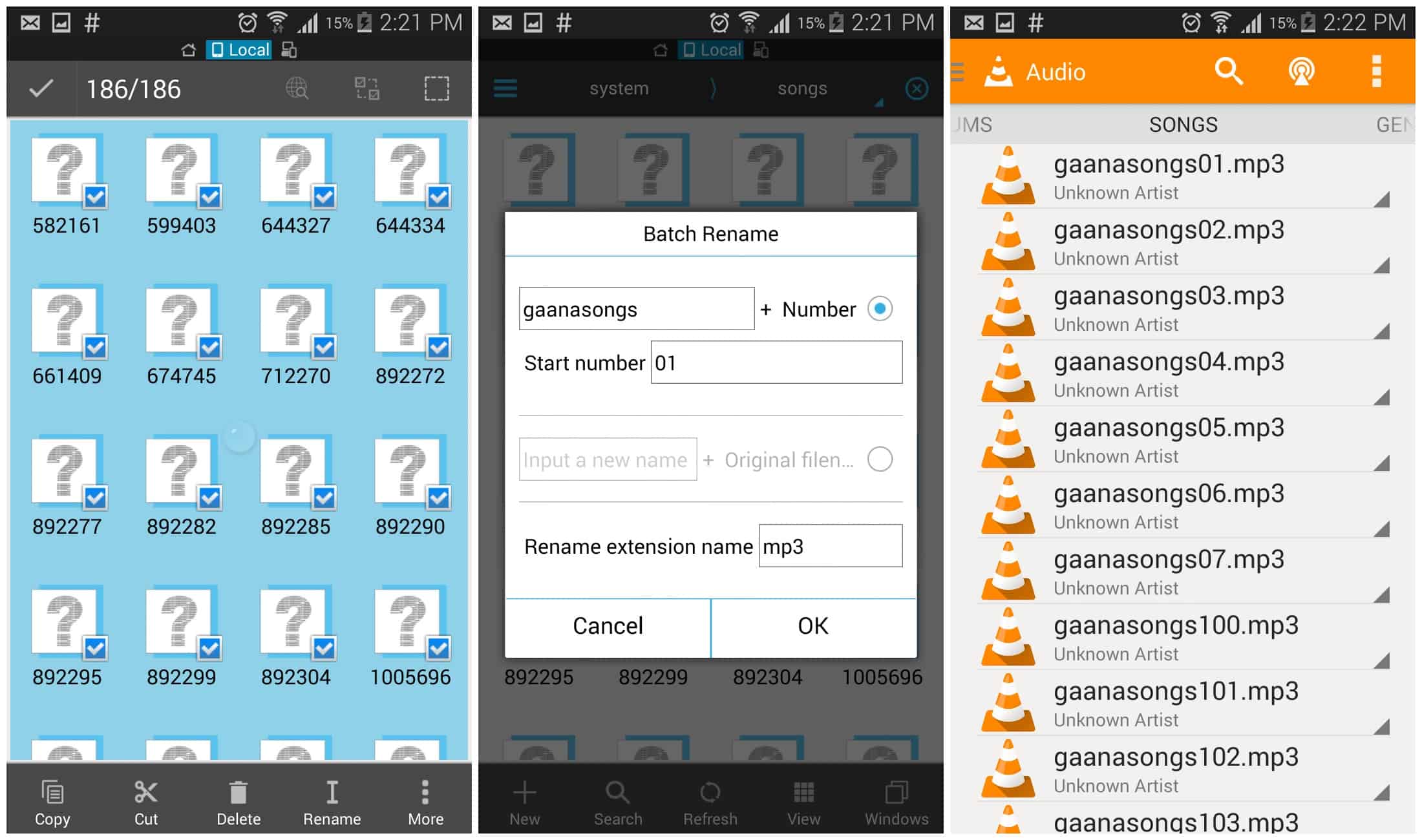 How to Play Songs Downloaded By Gaana App in Another Music Players.

Previously I shared a trick which enabled Android users to download any song from SoundCloud using the official SoundCloud App itself, but not all use SoundCloud app, a good number of users use Gaana because, it allows downloading of song on Android app for free, Even after allowing user to Download songs, it has a limitation i.e. The songs downloaded from the Gaana app won’t show in the other music players or even in the File manager.

How to Play Songs Downloaded from Gaana Android App in Another Music Players like Play Music, VLC Player.

This guide is very simple and easy to follow, but there are few things which you should note, “The content is downloaded by the Gaana App to your Smartphone” we are just sharing the trick which will enable you to play the songs downloaded using the Gaana app on any other music player in your Smartphone, Hence we won’t be responsible for any consequences faced, by following the instructions, you agree to the statement. Now, let’s begin the steps without wasting a second more.

This step involves downloading of a Song using the official Gaana Android app, and once downloaded the downloaded songs will be shown in the Gaana app’s Download list. So you can play the song by going into that list, but you won’t find the song in another music players and hence won’t be able to play the song in those apps.

Note: Don’t manipulate any other Hidden files, else there are cases that there might be some issues with the Software if any important hidden file is modified.

Gaana creates a hidden folder and stores the songs in an unknown format which only the app could understand and a user can’t. If you are having an External SD card inserted, open the SD Card in ES File Explorer and navigate to : “Android à Data à com.gaana à Files à .gaana” and you will see Files with Unknown Format (if you’ve not downloaded any song in the Gaana app, you won’t see any file), But on following the first step even if you downloaded a song, you will find it in it.

Step 4: Copy/Move the “Unknown Files” to another location.

Once you move the unknown files to the new location, select all the files and click on Rename files and a pop up would appear asking you to give name to the files and if you’ve selected multiple files it would also ask you to enter the start number, enter any number and in the Rename Extension name field write “mp3” and click on OK.

That’s it, now reboot your Phone and start any of the music player and you will find all the songs which you downloaded from Gaana Android App playing in another music players also, Now you can rename the files to their respective names, so that you can open the songs and play them when needed, instead of remembering their Sequence number.