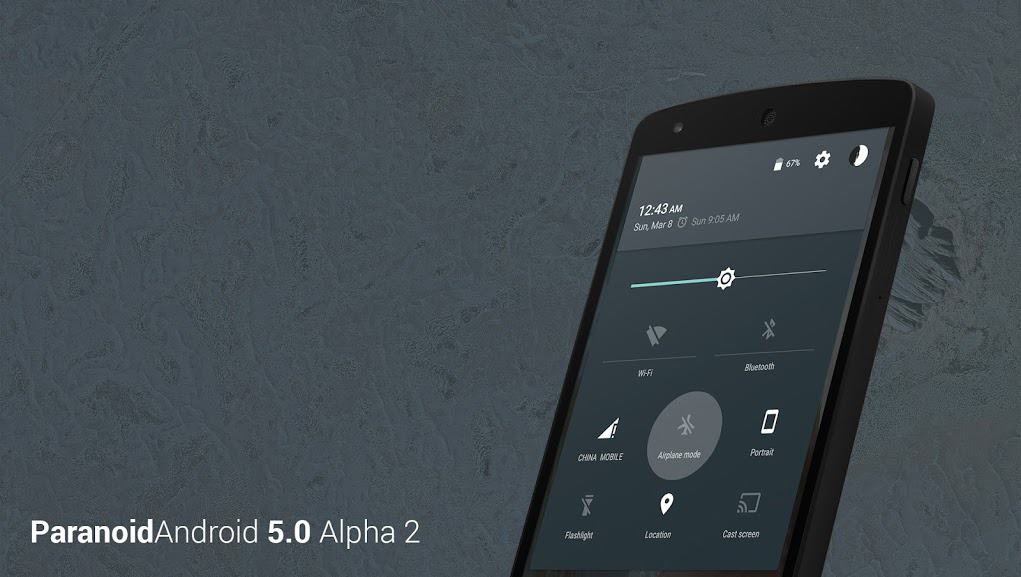 Paranoid Android Roms are one of the most clean custom ROMs and the community is growing faster day by day. The Paranoid launched the PA 5.0 very late but the releases were bug-free and gave a very good Android Lollipop experience on the Devices.

The Paranoid Android 5.0 Alpha 2 brings in back the App Ops which were brought in Android 4.3 and then were dropped again, left untouched in AOSP . With Paranoid Android 5.0 Alpha 2 the quick settings tiles can also be reordered, The Layout is still the same which has two expanded tiles but dragging the tiles can help in reordering the tiles accordingly which was restricted in AOSP. This was the feature many of the Android freaks were missing.

How do I get Paranoid Android 5.0 Alpha Build 2 for my Phone?

AAndroid NewsGadgets
Read More
Table of Contents Nokia N1 Tablet SpecsOperating SystemProcessorDisplayCameraInternal Storage & RAMPrice and Availability One Tech Freak wouldn’t have…
AAndroid News
Read More
If you’ve been thinking of a device within the budget segment between Rs. 20000 and Rs. 25000 then…
AAndroid News