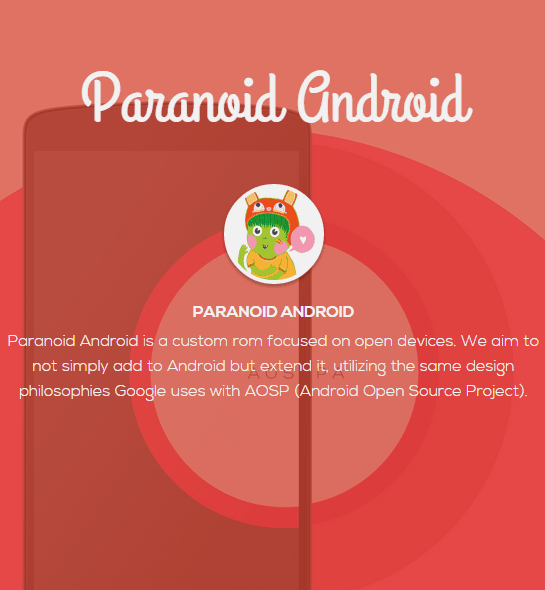 The official build of PA 4.6 Beta 5 has been launched for Nexus devices a week earlier and now the Legacy team has made it available for HTC variants such as One XL, One S, the HTC One M7 International, Verizon and Sprint and , the One M8, HTC’s current flagship. Click on the respective  links to download the zips of the PA 4.6 beta 5 for your HTC device, and then using Custom Recovery you can flash them.Like every other custom Rom PA 4.6 Beta 5 comes without  Gapps but the zip can be downloaded from here: Gapps, after installing the ROM flashing the Gapps will add all the google apps to your device.

Here are some Android L Features in Paranoid Android 4.6 Beta 5

For more Paranoid Android Updates and Android News stay tuned to us.

MMobile Apps
Read More
When abroad in an unfamiliar country, your smartphone can often become the most useful thing you own thanks…
AAndroid NewsAppleGadgetsSamsung
Read More
Just an hour back Samsung introduced the “Samsung Pay” with the Galaxy S6 and the Galaxy S6 Edge. The…
AAppleAndroid NewsMobile Apps
Read More
Table of Contents Android Marshmallow vs Apple iOS 9 Comparison 1. Interface of Marshmallow vs iOS 92. Android…
AAndroid NewsGadgetsSamsung
Read More
Did Samsung not do away with Qualcomm? It did shift to it’s home grown Exynos chipset? Then what…