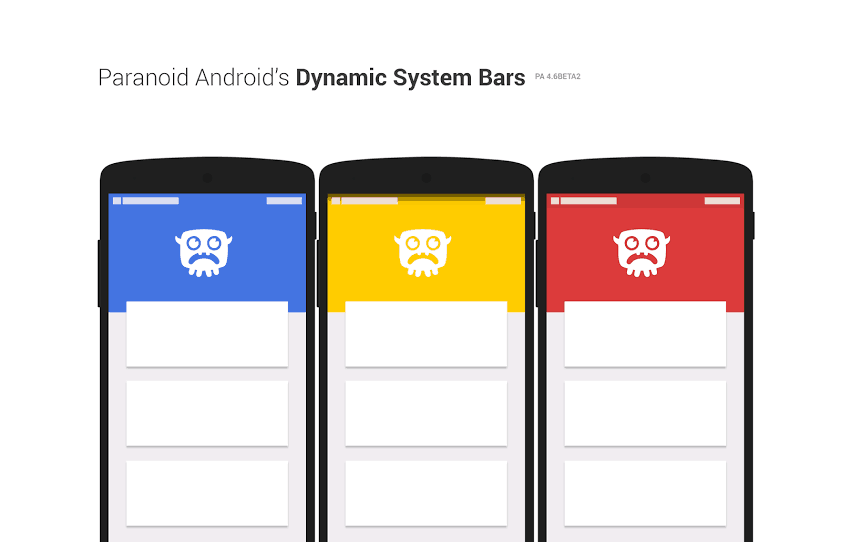 Want to Install Paranoid Android 4.6 Beta 2? How to?

Well installation of the Paranoid Android 4.6 Beta 2 ROM is similar to the installation of the other Paranoid ROMs and other similar custom Roms. You just need a Rooted Phone (Root your Phone), download the ROM from the download page and save it to your SD card and boot into recovery mode and install the zip from SD card and you’re done! If you still have any problems then the steps have been mentioned in “Install Paranoid Android 4.6 Beta ROM in Samsung Galaxy S3

Screenshots of the Paranoid Android 4.6 Beta 2

AAndroid NewsGadgets
Read More
Verizon is about to launch HTC Desire 612, a mid-ranged Smartphone sporting the latest Android 4.4 KitKat and…
AAndroid News
Read More
You can now buy the Moto Sport from the Google Play Store, at present it is priced at…
MMobile Apps
Read More
Table of Contents SoundcloudSpotify DeezerApple MusicAmazon Music So What Are The Best Music Streaming Apps for Android? Imagine if you…
AAndroid News
Read More
Android Lollipop has been in the news ever since its launch last month. The Nexus 6 being in…