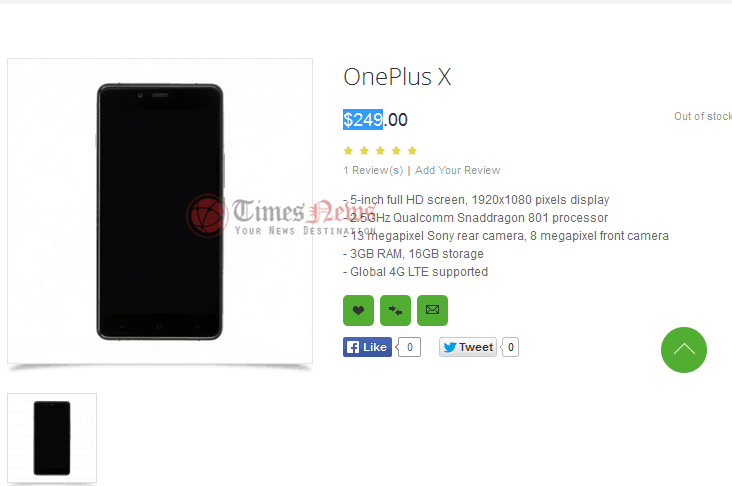 OnePlus X shows up for a while at OppoMart at $249

After OnePlus One and OnePlus Two, OnePlus X aka OnePlus Mini is surely a hot cake. Last time it had showed up in Amazon India(for a while) under the name OnePlus Mini (Sandstone Black 32 GB Invite Only) without any pricing. This time, it showed up on OppoMart with a price tag of $249 which sums up to ~Rs. 16,110.41 in Indian currency.

The renowned Chinese website Leaksfly, had leaked about this phone not long ago which the phone was said to cost at $220 which sums up to ~Rs. 14,227.40 in Indian currency.