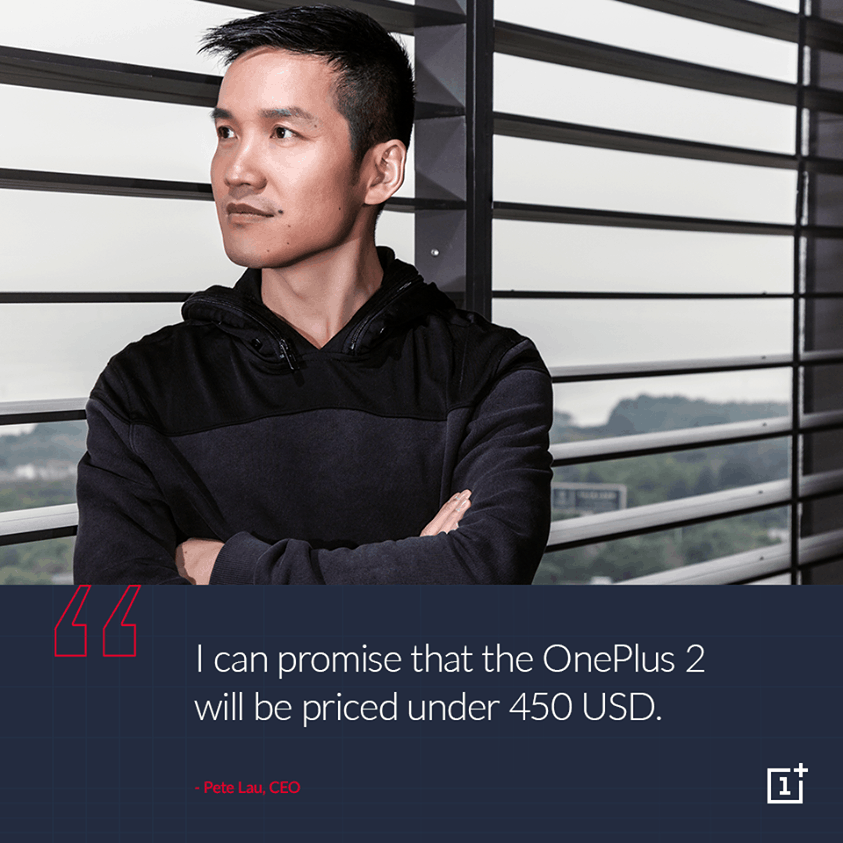 OnePlus Two is one of the most awaited smartphone of these days. OnePlus, the company was started with the main aim of providing products with razor-thin profit margins. Since, the company announced the OnePlus Two, there are many rumors which are coming out.

Recently an image was posted on the official Facebook fan page of OnePlus which signifies that the price of the OnePlus Two smartphone won’t exceed $450 (USD). With this great price, the company has kept its words ‘Razor-thin profit margins’.

Lets talk about the Price.

There is no clear announcement of price, but for now its surely confirmed that the OnePlus Two’s price won’t exceed $450. We will update you in the form of a new blog post in case any other details are known, till then stay tuned to Droidmen.