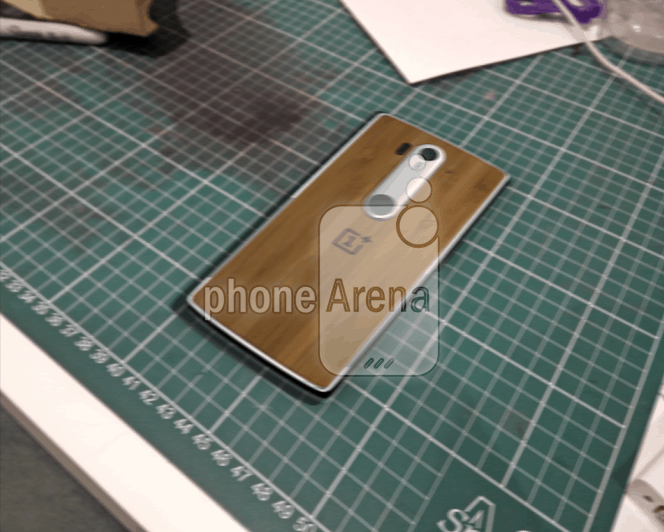 OnePlus Two is one of the most awaited smartphones in the Mobile Industry. OnePlus has already worked great, and has a huge number of satisfied customers all over the area it operates on. The company is the first ever company which has created such a goodwill with just one product in the market. The aim of the company is to provide high-end phones at affordable prices (razor-blade thin profit margin).

The Quantity of OnePlus One sold was 10 times more than the expected quantity. OnePlus is regularly disclosing all the features one by one. First it revealed that the OnePlus Two would come with Snapdragon 810 processor. Then it said that OnePlus Two will also support USB Type-C. Recently it posted a picture which had “Fingerprint” in it, which hints that the OnePlus Two might also come with a fingerprint sensor in it.

Recently a leaked image which resembles to be the leaked image of the upcoming Oneplus two shows that the OnePlus two will come with a metallic frame. Additionally, the photo also shows that the phone would look similar to its predecessor. The company has tried reducing screen-display aspect ratio which makes the phone look more pretty.

The OnePlus Two, as announced officially have “Snapdragon 810 chipset”. The beast will have the new Type-C USB port which allows faster communication using the port. The company also said, that they will launch the OnePlus Two in VR (Virtual Reality). A very recent image posted by OnePlus on its Facebook page and other social media channels signify that the OnePlus Two will come with “Fingerprint Sensor”. However, the company has spoken no words on the price and the operating system version which would come pre-installed.