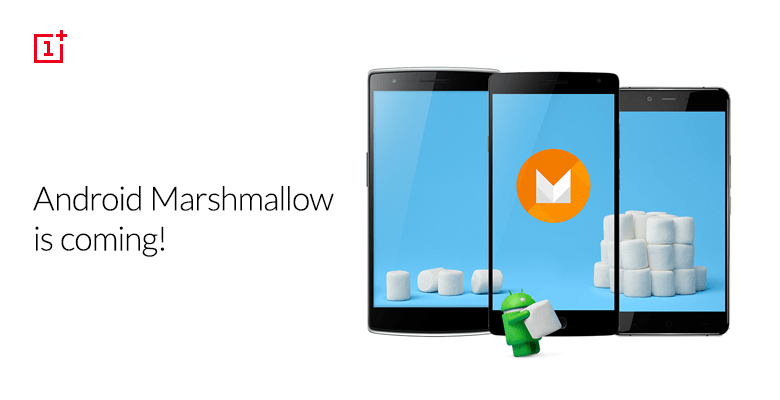 OnePlus which is one of the most-hyped brands has finally announced its plans for bringing Android 6.0 Marshmallow update to OnePlus phones i.e. OnePlus One and the OnePlus Two. This news was officially posted on the OnePlus Forum by Carl Pei, Co-Founder at OnePlus.

According to the post on the forum, The OnePlus One and the OnePlus Two will be getting the Android 6.0 Marshmallow in the first quarter of 2016. The post also says that the company is working hard to get the Android Marshmallow Update for the OnePlus X smartphone, though, it has not announced the specific date, when any of these phones will get the update.

[one_half]The native availability of the Fingerprint API in Android 6.0 Marshmallow has made a lot of tasks easier for the manufacturers. OnePlus Two, the most hyped-smartphone which came with Android Lollipop pre-installed didn’t had a Oxygen OS based implementation for the Fingerprint scanner. The company is up with plans to switch from the custom implementation to the Standard Fingerprint API available in Android 6.0 marshmallow.[/one_half][one_half_last]

“Also Read: Why is availability of Native Fingerprint Authentication on Android Marshmallow Good?“

The company has not announced the specific dates for the release of the Android Marshmallow OTA updates for the OnePlus One and OnePlus Two, However, they might hit the devices by earliest possible date in Q1 2016.