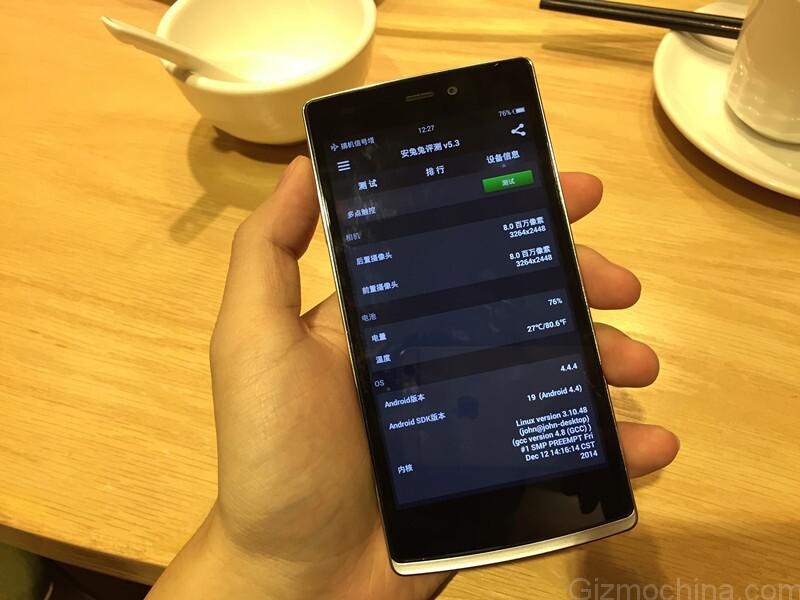 OnePlus One Mini Leaked in China : Leaked Specs and Details

So the Leaked OnePlus One Mini would come with a 5-inch Display which would be 0.5-inch smaller than the OnePlus One which is already ruling the Smartphone market. Operating on the Android 4.4.4 KitKat OS, the OnePlus One mini would also get an Android Lollipop update. OnePlus is also working on its own ROM so that it can be said that this device might come with the OnePlus ROM itself.

Coming to the camera section the OnePlus One mini would come with a Dual 8MP cameras i.e. Rear camera would also be 8 MP and the front facing camera would also would be of 8 Megapixels. There are no details regarding the RAM and CPU, but it would come with Qualcomm Snapdragon 615 Chipset. The sources suggest that the OnePlus One Mini would be priced at 1499 RMP which is around $242 US Dollars. However the prices might vary from Location to location and is not officially announced by OnePlus. What are your views on it? Will it be a Good Addition to the OnePlus 2015 Line Up?