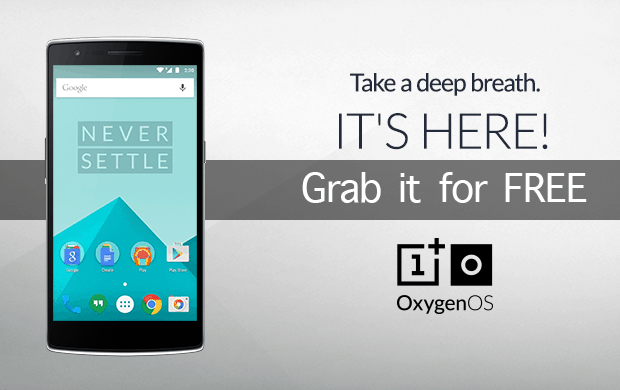 OnePlus One Giveaway at Dazeinfo, Win the Flagship Killer.

OnePlus One Smartphone has been one of the best Smartphones from the first day it entered the market, Android Enthusiasts were more interested about this beast, as it came with Cyanogen OS pre-installed. Even after passage of lot of time, The OnePlus One is still in demand, because of the availability of Awesome specs at a decent price. Only one thing which hurts a lot about this Flagship Killer is, It can only be availed only when you have a purchase invite.

On the other hand giveaways are best ways to get something which you can’t afford or get. Dazeinfo, an Intelligence platform has a giveaway of OnePlus One running on its site. Though the Giveaway is running on Dazeinfo, but the giveaway is hosted by CloudKompare.

Note : The Giveaway of the 16 GB variant of the Oneplus One Smartphone.

To remind you with the specs of the OnePlus One AKA Flagship Killer.

The Oneplus One Phablet comes with a screen of size 5.5-inches with a screen resolution of 1080 x 1920 pixels, The Killer comes with a Killer camera at both the sides, i.e. the 13 MP Rear and the 5 MP front camera. The 5.5-inch display is protected by the Gorilla Glass 3. Android 4.4.2 KitKat is the Pre-installed version of Android which you will see (very soon CM12S would come for this model which bring Android 5.1 Lollipop in it). The OnePlus One also has powerful quad-core processor clocked at 2.5 GHz which makes it a beast. To make the processor run at buttery smoothness 3 GB of RAM is placed.

Participate in the Giveaway, Earn Points and Increase the chances of winning a OnePlus One.