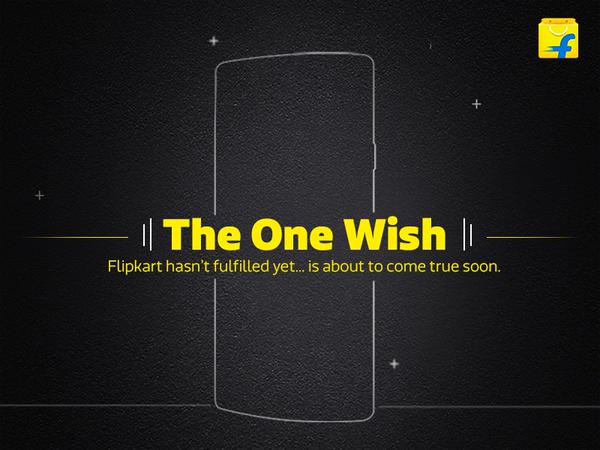 Oneplus One will be available at Flipkart, It may no more be Amazon Exclusive.

After the huge success of the OnePlus One, People have gone crazy after their upcoming flagship ‘OnePlus Two’. The OnePlus Two encompasses the best processor till date. As we all know, OnePlus One was exclusively available on Amazon India. Though Amazon is great in terms of service, many people still prefer to have an option.

The #One Wish Flipkart hasn’t fulfilled yet… is about to come true soon. pic.twitter.com/OYAkGfa3uC

On the other hand Flipkart has been teasing a handset for quite sometime. They fill decided to spill the beans. It is the Oneplus One. This phone had hit the market last December. Indian’s can purchase their phones very soon from Flipkart now!

The OnePlus came with a different concept of selling phones, unlike Motorola, Xiaomi who followed the concept of “Flash sales”. The concept was “Invite based concept” and recently the company made the phones “Invite Free” and now people who prefer Flipkart over Amazon would be able to buy “OnePlus One on Flipkart”.

To remind you with the features of the Oneplus One. It is a single SIM device with LTE connectivity with other wireless connectivity features are WLAN (Wi-Fi, Wi-Fi Direct, hotspot, DLNA), bluetooth, GPS, NFC and microUSB.

The OnePlus One has a 5.5 inched LCD display with a screen resolution of 401 ppi. The phone comes with a Corning Gorilla Glass 3 protection. Oneplus One has a dual camera enabled device with a 13 MP rear camera and 5 MP front camera.

The rear camera is entitled to 4128 x 3096 pixel images with additional features such as auto focus, LED Flash, Geo-tagging, touch focus, face detection and panorama. OnePlus one initially came with Android KitKat Pre-installed, later got Android Lollipop update and seeing the specs one cannot ignore the fact that “Android M” would soon hit the device.

Though, Neither OnePlus nor Flipkart has made the announcement officially but Flipkart has tweeted an image showing it is going to fulfill a wish which it did not, the Image also has a phone which resemble to be OnePlus One, but can’t be confirmed, because no official announcements. However, it can also be that OnePlus is planning to launch OnePlus Two exclusively on Flipkart. Nothing can be said, We’ll update you as soon as we come to know!