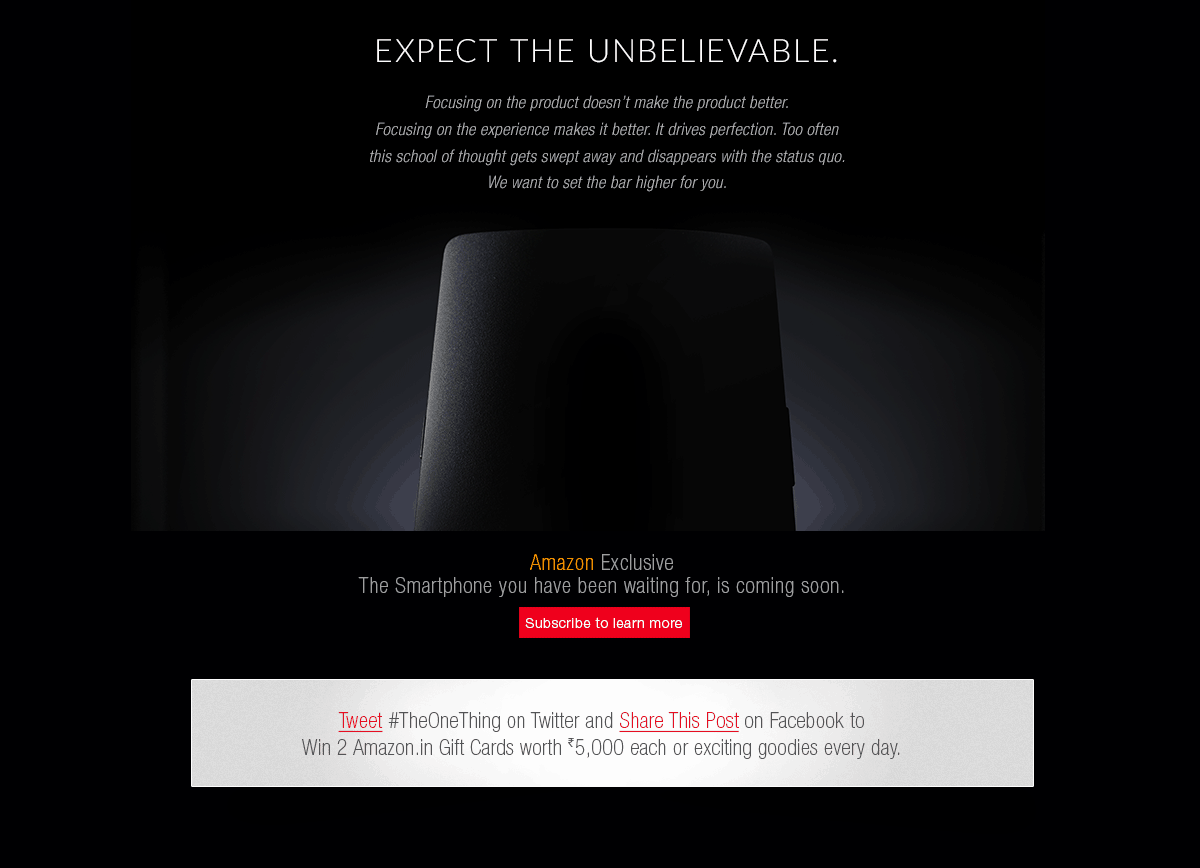 Like Motorola partnered with Flipkart and sold the Moto G, Moto X, Moto G Second Gen and Moto X Second Gen exclusively on Flipkart, it seems that OnePlus has partnered with Amazon India to release the OnePlus One Smartphone in India. Amazon India, the e-commerce site, on Friday started showing the release of the OnePlus One Phone on it’s website and on social media channels.

When will OnePlus One be Available on Amazon?

Can I Buy OnePlus One on Flipkart/SnapDeal?

According to the sources, OnePlus would launch the OnePlus One Phone exclusively on Amazon, so the simple answer to this question would be, No, you can’t buy the OnePlus One Phone from Flipkart or Snapdeal, but since this is not the official information we have, it can be said that OnePlus might also use Flipkart and other Indian e-Commerce sites to sell the OnePlus One. 90% it won’t be available on Flipkart/Snapdeal etc. But for the 10% I’m not sure, we will have to wait and watch.

Where to Buy OnePlus One?

Will the Servers get Crashed?

Well, OnePlus has the strategy of selling phones on invite-based basis, for now it is not known How will OnePlus and Amazon Sell the Phone, according to us it would be like the way Xiaomi sold Mi 3 and Redmi 1s on Flipkart, the user would have to first register and on the day of the sale, all the users can go online and buy the phone, there are lot many Indians who Love the OnePlus One Phone, so according to Droidmen, it can be said that the site will remain crowded and there are chances that the server might crash, but since it is Amazon, the chance of getting the server crashed is very less.