{adinserter 3}The rumor for this phone has been in the news since OnePlus had started teasing OnePlus 2 specs. The phone listed at Amazon will be a 32 GB variant in Sandstone Black. Also, OnePlus has maintained the tradition of Invite Only for this device as well. Though the phone was removed from Amazon, speculations are there about the launch of OnePlus Mini launch soon.

Gone by the listing, the company has decided to look beyond Qualcomm (don’t know why). The phone will have a Mediatek MT6795 (Helio X10) processor. OnePlus Mini will sport a 5-inch full HD 1080p display, 2 GB RAM and 32 GB internal storage. Another interesting feature of the OnePlus Mini is the force-sensing touchscreen from Synaptics, which is similar to Apple’s 3D touch.

There are also news that there will be ‘Made in India’ OnePlus smartphones. But there is no official news whether this one will be it or not. We really hope they start up soon.

With all the above specs, the phone looks like a mid-range phone which can be bought without much of a hassle unlike the earlier productions from OnePlus. What are your thoughts on the budget? Let us know.

This looks very similar to a mini version of OnePlus One. 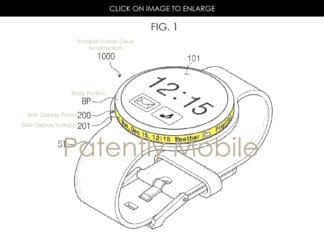