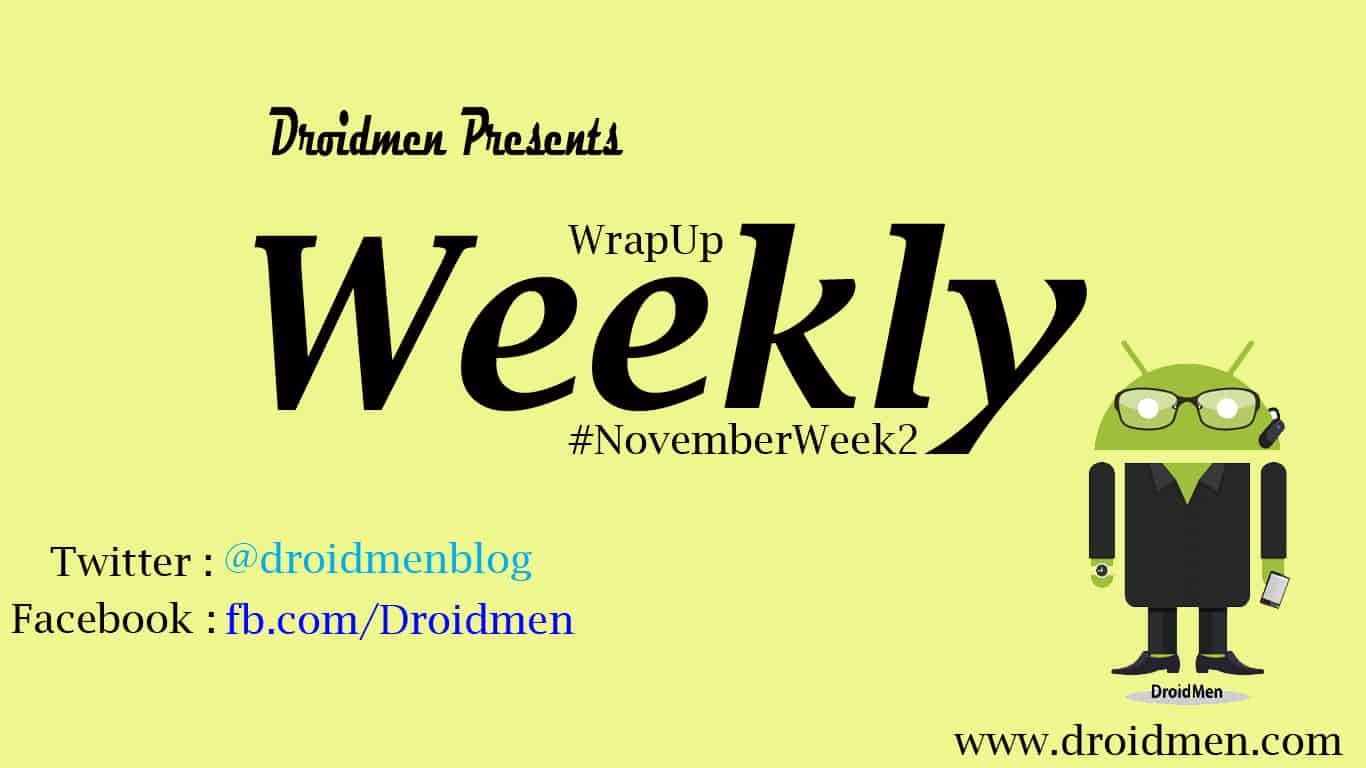 On 9th November we posted two posts, that day we focused on some Android News which was trending on the Search Here are the 2 articles written that day :

On 10th November we posted three posts which included Android News, How-to guides, Below are the articles listed which were posted out

The November 11th remained a busy day for Droidmen, in which we posted about some Gadget Specifications and Android News regarding Nexus 6 was focused out. Below is the list of articles which were written

These 3 days remained as free days for us, as we are also working on Mashsongs.com and Tenuz.com and the backend part of those sites was being decided. Still, we wanted to maintain the punctuality of posting with quality content so we posted out about Leaks, How-tos and 1 Android News Post, Here is the list of the articles

The WrapUp posts are for the people who would like to have a glimpse on whatever that took place in the week and if the one who is interested in the topic mentioned in the post, then one can click the link and read more about it.