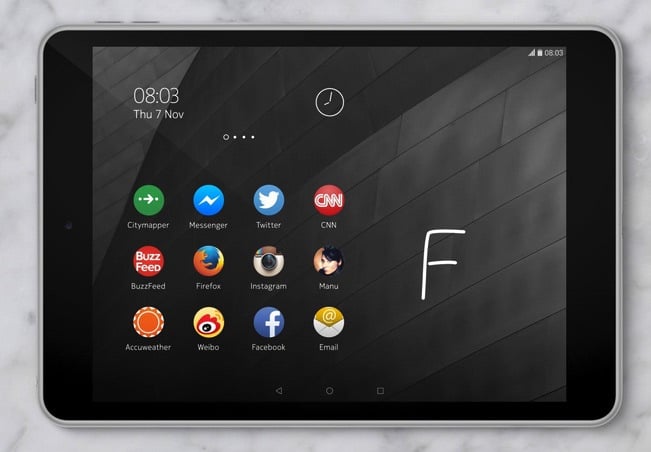 One Tech Freak wouldn’t have missed the Nokia getting sold to Microsoft, But the deal was only for the Nokia Lumia and Asha Smartphones, People were thinking they would never see a new Nokia Phone. Well, Nokia surprises everyone by Launching the Nokia N1 Tablet in China which is the First Android Lollipop tablet from Nokia. So in this post I will give a short clarification regarding “Though Microsoft Bought Nokia How can it Launch a Tablet” and the specs of the Nokia N1 Tablet.

So when I was writing this post I was confused that “How did Nokia Launch an Android Tablet even after being acquired by Microsoft” then I asked Chetan Bhawani from PhoneRadar.com and he said :

Nokia’s smartphone business was acquired, and they cannot make phones, but can do other stuff. Nokia can still choose to get into smartphones with some licensing only if they want. But they are keeping it limited to tablets right now.

The Nokia N1 would operate on the latest Android Lollipop Operating system and would carry the sweetness of Material design in it, The Nokia N1 would come with it’s own Z Launcher which would enable you to swiftly find apps. For an instance you need to Find the Facebook App on the N1 Tablet, You can just scribble the “F” and you would find all the apps which start from the letter “F”. We will soon post an article showing how the Z Launcher would work.

The Nokia N1 Tablet would come with a Quad-core Intel Atom Z3580 Processor which would be clocked at 2.3 GHz, The processor would make the Tablet run smooth, The processor and the RAM combination would really make the Phone operate smooth and enable the phone to multi-task smoothly without the phone getting Hanged.

The Nokia N1 Tablet would encompass a display 7.9-inch IPS LCA Capacitive touchscreen which will have screen resolution of 1536 x 2048 pixels. The 7.9-inch display would support multi-touch as all the modern touchscreens do and it would be protected by the Corning Gorilla Glass 3. The display is a Large one but the screen resolution is not a good match for that size. But the price you pay is very less and can’t expect this display in that price.

The Nokia N1 Tablet comes with a 8 MP Primary camera and will be supported by a 5 MP Front-Facing Camera. The 8 MP camera will have a Screen Resolution of  3264 x 2448 pixels. The 5 MP Front-Facing Camera will make you love the Selfies you capture using the Phone. The Camera allocation is a great balance made by Nokia, Nokia has somewhere down the line understood that these days public doesn’t only want a Good Primary camera but they love having a Good Secondary Camera as well.

The Nokia N1 Tablet would come with a 32 GB of Internal Storage which will be storing all the apps and games in the Phone. But if you are someone who has to store data more than 30 GB then getting this phone would be a mere pain to you, as this phone doesn’t support a MicroSD Card.

The Nokia N1 Tablet would come with 2 GB RAM which will be used while you perform tasks on your Phone, Well 2 GB RAM is something very good you are getting at the price you are paying. You will be shocked at the end of the post if you don’t know the price of the Nokia N1 Tablet.

The Nokia N1 Tablet is priced at only $249 (plus some taxes) and would be available for purchase in the Chinese market first during the Chinese New year i.e 19th February, 2015. It would be first available in the Chinese market which would be followed by the Russian market and the Selective European markets. For Indian Nokia Fans, there is no word about the availability of Nokia N1 Tablet in India but it would be soon launched in India and the Indian price would be 15380 INR only. For more details stay tuned to Droidmen – Gadget Section and Android News