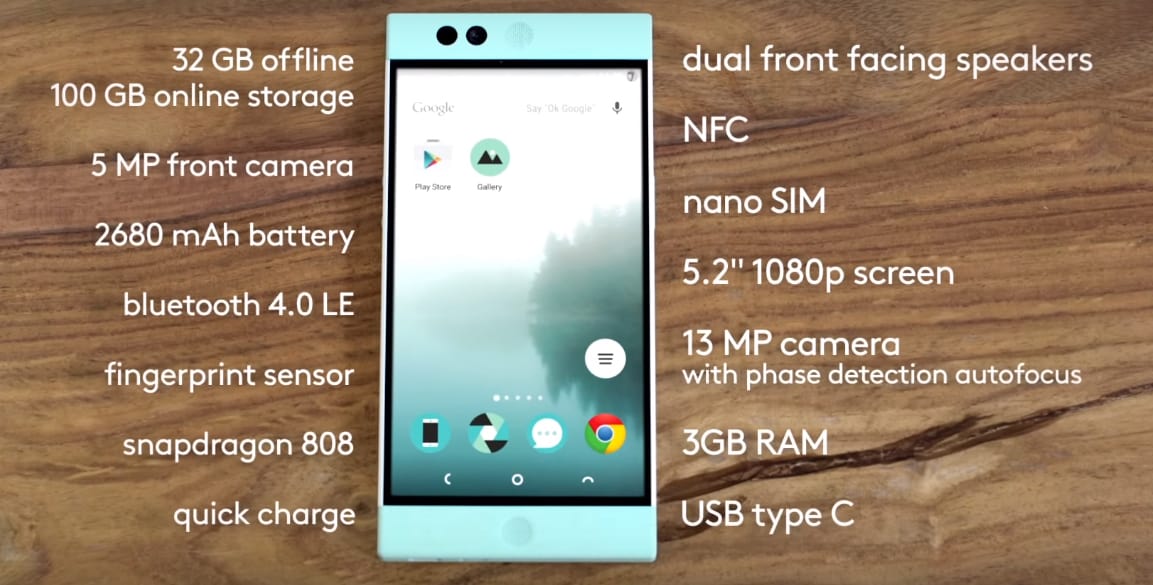 Nextbit’s Robin is an Android Smartphone which Gets Smarter Day by Day.

In this tech-savvy world, we see a smartphone with high-end specs release every day, but we don’t find creative launches like “Robin”. With Robin, Nextbit has integrated cloud infrastructure into the Android operating system. Cloud integration being the Robin, there a lot of other things Nextbit’s Robin is capable of doing.

It is said that Robin synchronizes all the data from your photos, apps to music to the cloud, It doesn’t synchronizes like the way normal synchronization happens, Robin synchronizes data in a smart way i.e. The files which you don’t use or less use are sent back to cloud whenever you are connected with WiFi, which reduces the unwanted stuff in your Smartphone.

Nextbit claims that with Robin, you will never ever lose data on your smartphone. Robin also comes with enchanting specs which includes a 5.2 IPS Display with a screen resolution of 1080p, It has a 13 MP rear camera and a 5 MP front facing shooter. It operates on the Snapdragon’s 808 hexa-core processor with 3 GB of RAM. Robin comes in different offline storage memory variants i.e. 32 GB, 64 GB and 128 GB.

The Display is protected by Gorilla Glass 4 protection and the Phone stays alive with the 2680 mAh battery, with all such enchanting specs, it has a Fingerprint sensor to keep your phone secure, a NFC sensor to help in payment using Android Pay/Samsung Pay etc. Another great thing about Robin is, it comes unlocked, so you can choose any carrier you want and not go for the costly carriers.

Robin Smartphone comes with a pre-unlocked bootloader and uses open source drivers, which make installation of custom ROMs, kernels easier. It doesn’t just have smart specs, and a great integration of cloud with Android but, it also has a lovely design which can make anyone fall for that phone. What are your views about Robin?