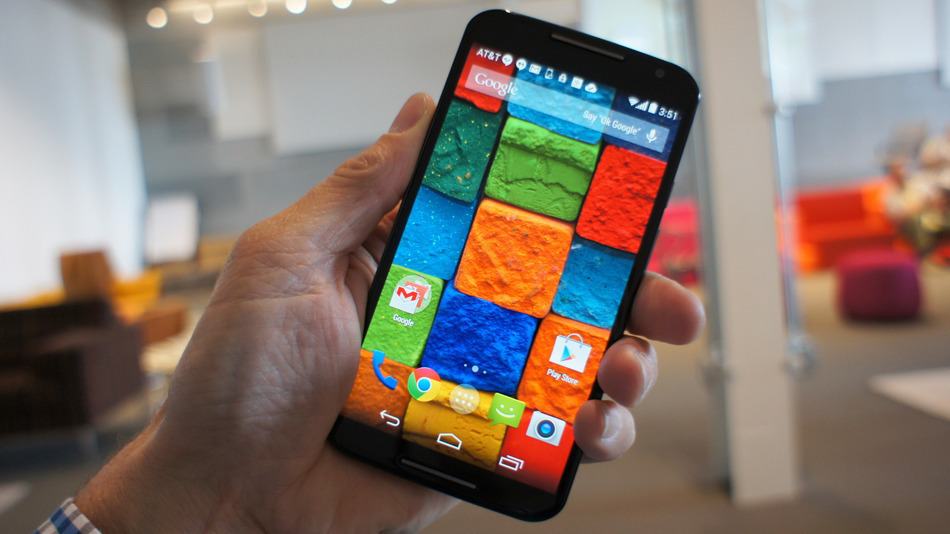 The Motorola Moto X Second gen Phone would operate on the Google’s latest operating system – Android KitKat 4.4.4 and the phone is capable of running on the other latest Android updates for the phone. If Google announces the Android L on the 15th September event, then there might be chances that the Moto X Second gen will get the Android L update pre-installed in it. If not then it can later be upgraded to Android L and other Higher versions.

The Good thing about this phone is one can simply have a Good Pure Android Experience which will surely make people Love Android OS and may shift from other operating systems to Android.

The Motorola X Second generation phone comes with a 5.2-inch OLED Display having the resolution 1080p which will be protected by the Corning Gorilla Glass 3. In short the Moto X Second Gen phone looks sleek and comes with a very good display which can just make one not to leave the phone. So if you Love watching movies, videos of High-resolution you will just fall in love with the quality you would see. I Personally love the Phones which provide me Crystal Clear Display Quality and this is one of them.

The Motorola Moto X Generation will encompass a 2.5 GHz Qualcomm Snapdragon Processor which is the second thing I liked the most, the Quad core 2.5 GHz Snapdragon processor won’t let your Phone get hanged and your phone will be as smooth as butter. Whether you are a gamer or a Multi-tasker you will surely love the Processor of the Motorola Moto X Second Gen Phone.

[alert-note]The GPU in Moto X Second Gen is not announced Yet! [/alert-note]

The Motorola Moto X Second gen will come with 16 GB and 32 GB Internal Storage versions and may also support a SD Card if a user wants to upgrade the Storage, Motorola hasn’t revealed this but we will soon let you know as we come to know! It would have been great if Motorola would have launched the 64 GB version because people prefer to carry most of the data wherever they travel.

The Motorola Moto X Second gen will available in Moto Maker version as well, It will cost a bit more but it will you will love using the Moto Maker Body on the Moto X Phone! Some people 32 GB would be fine but some people feel shortage of storage even if they are having 32 GB phone.

As stated in the above heading the Motorola Moto X Second gen would come with a 13 MP Primary Camera and a 2 MP Front Facing camera, The Special thing is the primary camera will be surrounded by a 2 ROUND LED Flash which will make the photo look awesome when you use the Flash in night as it will balance the Colour properly. Even Without Flash also you would be able to capture pretty photos because of the presence of a 13 MP Primary Camera and coming to Secondary camera, The 2 MP camera will enable you capture Good Selfie and because of ease in you can capture Good Selfies in Different positions at an ease.

Well the Price is affordable, though $420 isn’t Less, but the Phone has features which is worth it! The Standard 16GB Moto X Second gen’s price would start from $420 and the the Moto X Second gen with the Moto maker body would cost around $450. I’m just waiting for the end of september so that I can get one as soon as it is released.

The Motorola Moto X Second Gen is simply awesome phone, Good at Looks, Fast at Performance and one of the Challenging High-end Smartphone. I would surely like to have the phone because of the Pure Android Experience, Fast Processor and Good Amount of RAM with an Awesome Camera. Let’s see whether the Moto X Second gen would bang the Flipkart Servers or not! Most probably the Flipkart Servers are going to be down soon, if they don’t have a check on while it sells the Moto X Second gen Phone