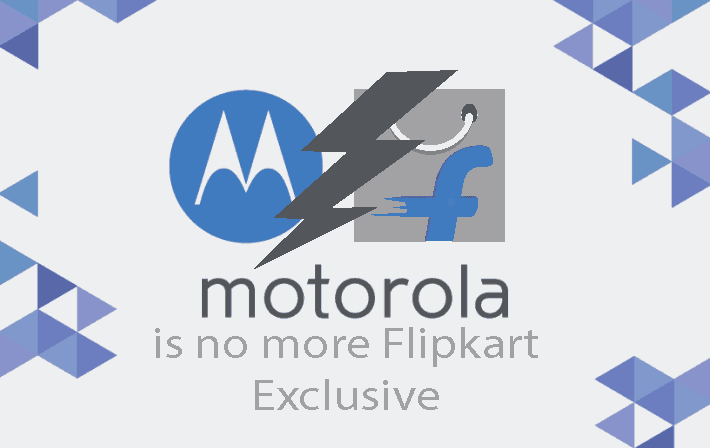 Motorola Expands: It is no Longer Flipkart exclusive in India.

While OnePlus did a breakup with Amazon India for the sales of the OnePlus One, when Xiaomi had decided to look beyond Flipkart, Motorola has broken the Flipkart exclusivity.

Now you no longer have to be solely dependent on Flipkart to buy a Motorola phone. The company has announced today that they will be expanding their reach. The #OnlyOnFlipkart Motorola deal has ended and now they will be available at Airtel stores besides Amazon India and Snapdeal.

{adinserter 3}The first phone to vent out via the Airtel stores would be the Moto E 4G. Meanwhile, the other variants of the Moto E i.e. Moto E 3G as well as the 4G variant will hit Amazon and Snapdeal this Friday (TOMORROW!).

Amit Boni, General Manager of Motorola India has said,”Responding to growing demand from our consumers we have made a strategic move of increasing the availability of our portfolio across offline and multiple online shopping platforms. To start off, we will be available at select stores for our consumers to experience and purchase the device. Consumers are at the heart of whatever we do and we will leave no stone un-turned to enhance their buying experiences”.

Earlier Motorola revealed out a shocking fact. their partnership with Flipkart started on February 2014 and in this time it has sold 5.6 million Motorola smartphones in India (ONLY) via Flipkart. It seems that Motorola wants to expand more in India. What better way can an expansion be apart from making more that one outlets. Do you like Motorola breaking the Flipkart exclusivity?