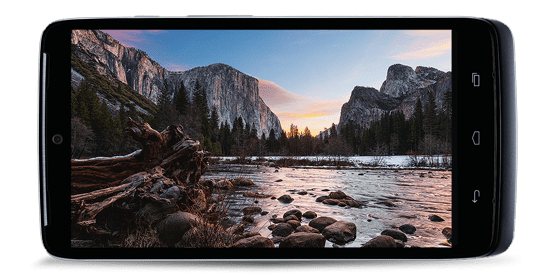 Motorola Droid Turbo Specs : Everything You Should Know

After an unending stream of leaks in the form of images and videos, Motorola and Verizon have now officially revealed the Motorola Droid Turbo Specs for the world.

While the Droid Turbo does have the advanced features like launching the camera with a flick of the wrist that we saw in the previous Motorola Devices and even adds some more, it dominates almost every other device with its spec sheet so here we have a look at it.

Android KitKat 4.4.4. with Android Droid Turbo Specs 4.4.4 KitKat still being the latest commercially available Android version, the Droid Turbo 2 Specs is toe to toe with all its rivals, and the seeing the specs one can easily say that Droid Turbo will get Android L update for sure.

Droid Turbo encompasses 3G of LPDDR3 RAM. With many flagships still offering 2GBs of RAM, the Droid Turbo steers clear of the crowd and is on the cutting edge, as it would have ample temporary storage to run apps and play huge games on Droid Turbo 2 Specs.

With a 5.2 inch Quad HD 2560 x 1440 AMOLED Corning Gorilla Glass 3  protected screen that results to a 565 ppi density, the Droid Turbo has one of the sharpest looking screens ever heard of in the Smartphone world.

On the Storage front too the Droid Turbo is an excellent option with 32 GB variant available for all colors and 64 GB option is available in the Black Ballistic Nylon version. If you are having too much to store then you can move ahead with the 64 GB version.

Even if one goes to great length to run out juice, an additional 8 hours of charge can be easily added by “quick charge” with the included Motorola Turbo Charger.(Note: This is the first time Motorola has included the Turbo Charger in the box for any phone).

With AutoFocus and Tap anywhere to capture the Droid Turbo Specsshould be able to capture excellent photos easily and quickly.The droid turbo captures videos in 4K at 24fps, 1080p at 30fps, 720p in slow motion.

The Droid Turbo sports a 2MP front cam that can shoot videos at 1080p full HD, you could do much more with the 2MP front camera, capture beautiful selfies, If you are a Selfie lover you could go with this phone, as the 2MP camera of this phone would come with a Good Image processing technology.

8. Other Notable specs: Networking and Hardware :

That’s all for the Motorola Turbo Droid, For more Android News stay tuned to us.

GGadgetsSamsung
Read More
Most of the people these days carry an Android handset. USB drivers act as interface between the Smartphone/Phablet…
GGadgets
Read More
Table of Contents {adinserter 3}Why is Asus Zenfone C is an Impressive Budget Smartphone?Specs : Asus Zenfone C…
AAndroid NewsGadgets
Read More
Over 200 users of the Google Pixel smartphone have been banned by Google today. The news comes after…
GGadgets
Read More
Given the meteoric rise of recreational vaping, especially among young people, it’s easy to forget that e-cigarettes were…