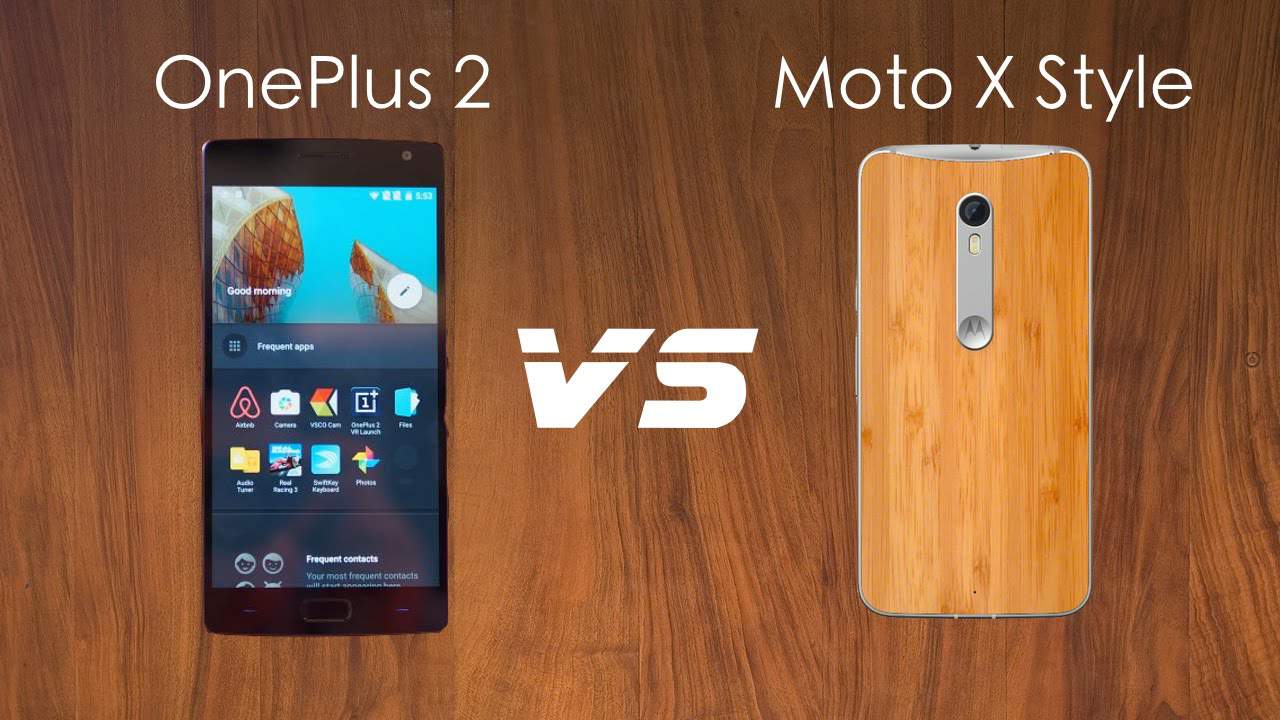 OnePlus did a lot of marketing tactics to create a demand for the OnePlus Two. Though, the phone has beast like specs, and have attracted a lot of people. But the invite system of OnePlus has created a hate for the brand among many users.

{adinserter 3}OnePlus was able to create a demand of their upcoming product but failed to present the product to the people when they were ready to buy it, I’m not sure this is also a part of their marketing strategy.

Now when many people have created a mindset to buy the OnePlus Two and use it as their primary Smartphone. The unavailability of the phone has changed the mindset of the people and now people are looking for an alternative to the OnePlus Two. People like me, who were unable to get a OnePlus Two are up with plans to buy a Smartphone but are confused about the selection of the phone.

Why is Moto X Style a Best Alternative to the OnePlus Two?

Moto X Style is an addition to the Motorola’s already existing Moto X Smartphone series. The phone comes with many features which are worth and can perform similar or better than the OnePlus Two.

The Moto X Style comes with a Hexa-core Qualcomm Snapdragon 808 processor which is has 4 cores clocked at 1.44 GHz and 2 cores clocked at 1.8 GHz, though the processor has less cores and is the low-ended compared to the Snapdragon 810 on the OnePlus Two, but when it comes to performance of tasks, the Moto X Style AKA Moto X Pure Edition performs equivalent to the OnePlus Two.

The Moto X Style also gets less heated when compared to the OnePlus Two because of the less number of cores and the Snapdragon 808’s proper management. However, when it comes to playing high-end multi-tasking, OnePlus Two gets heated a bit, but performs slightly better than the Moto X Style or Pure Edition.

The OnePlus Two has a LPDDR4 4GB RAM which will be used to store all the tasks for processing, on the other hand the Moto X Style has 3GB RAM.

To people who think buying a phone which has 4GB RAM is better than 3GB RAM fall wrong, it is because, many geeks believe “Free RAM = Wasted RAM”, let me explain how,

Android OS caches all the important processes and stores it in the RAM for a responsive response when you perform any action on the phone, 4GB RAM is not at all required for the time being, because while using the Android phones it is noticed that 3GB of RAM is more than enough for the Android Phones to work buttery smooth.

However, the OnePlus Two has a Snapdragon 810 processor which won’t let the 4 GB LPDDR4 RAM a waste, it was noted that the OnePlus Two system apps consume huge amount of RAM and switching between apps and tasks were smooth enough, it is the same performance which you will get on the Moto X Style to an extent, however, the Moto X Style will begin behaving sluggish when the multi-tasking would begin!

However, the Image processing on the OnePlus Two is better than that of the Moto X Style, but still, the image processing can be improved either by giving a feedback to Motorola or by installing another third party camera app like Camera 360 or Open Camera.

The Moto X Style has 3000 mAh Battery, the OnePlus Two has 3300 mAh Battery. The extra 300 mAh doesn’t make much difference because of the presence of the Snapdragon 810 processor.

The OnePlus Two provides good battery life and is almost equivalent to the Moto X Style. But charging the OnePlus Two takes time and requires a USB Type-C cable, So in case you forget your USB Type-C cable you will be having a bad time without battery left, However, Motorola has added Quick Charge which makes 15 minutes of charging the Moto X Style to stay alive for 10 hours.

If you are someone who feels “Life has come to an end when your mobile is off”, Moto X Style is the phone, I’d suggest, however, for the ones who are looking out to carry a beast like phone with beast like specs and who have other devices which support USB Type-C, OnePlus Two is what you should buy!

Well, both the phones have good specs and perform up to the mark, however, both have areas of pros and cons, It all depends on the end user who is buying the phone.

A Gamer might find no difference while using both the beasts, however, a person who multi-tasks a lot might find the OnePlus Two a bit faster than the Moto X Style.

To a person who travels a lot might find the Moto X Style easier to handle because of the standard USB charging support and the Quick charge and the same might feel OnePlus Two not worthy!

So find out the main purpose of the usage and select the one which suits best! However, to get the OnePlus Two you will need an invite, so if you are able to get an invite, then you can go for the OnePlus Two.

Coming to the service, Motorola has far better service compared to the OnePlus in many countries, many people have reported the bad service quality experience at the OnePlus Service centers in India.