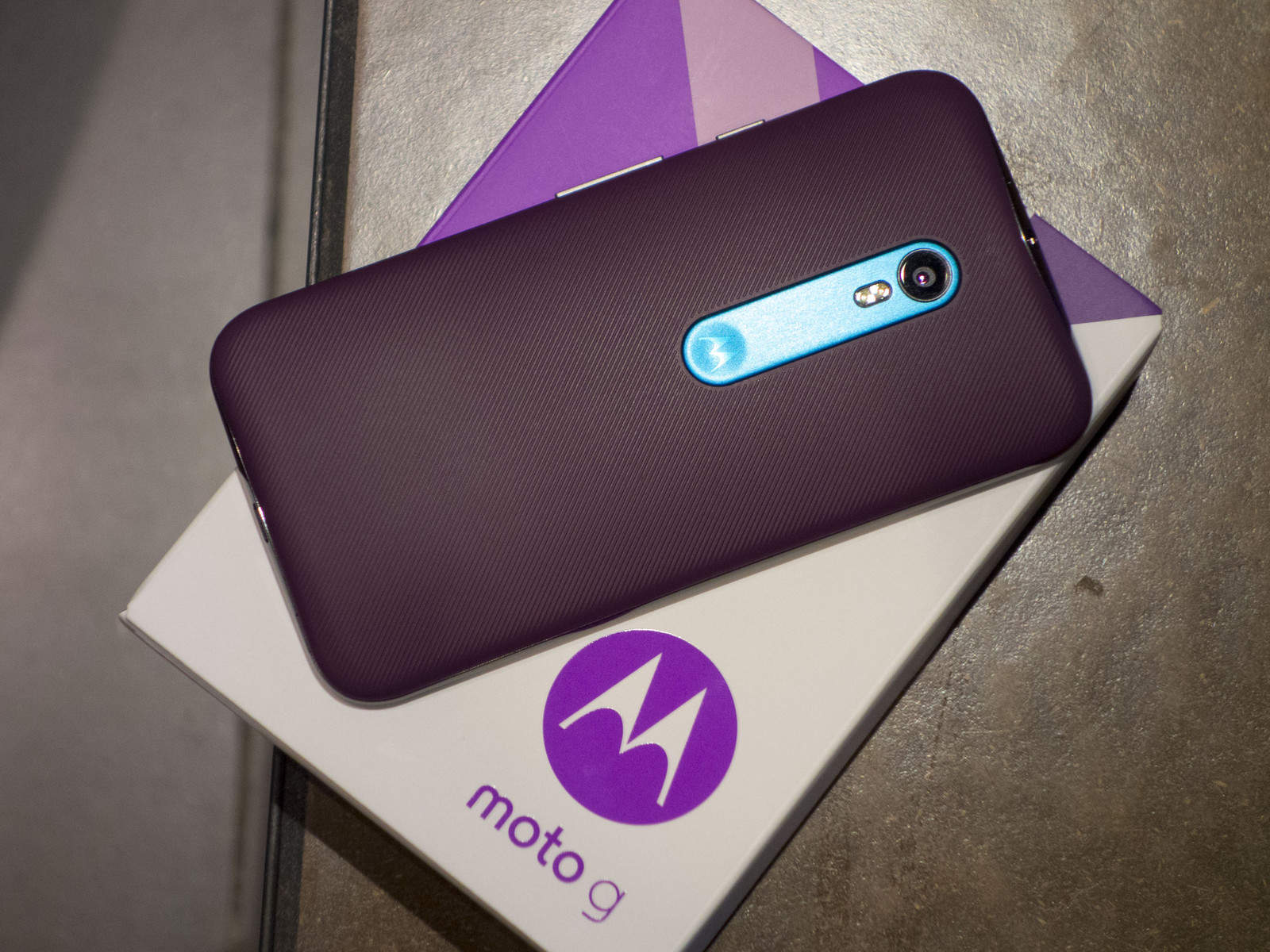 Motorola’s return back to Indian smartphone market began with the Moto G 1st gen. The smartphone was a massive hit and banged the Indian eCommerce giants server many times. Then came a successor in the form of Moto G 2nd gen and Recently the company announced the Moto G 2015 (Moto G 3rd gen).

{adinserter 3}The Motorola’s  G series targets people with a limited budget aiming with decent specs. The Lollipop update has been causing problems to the previous Motorola G series smartphones, some users have reported that the phone behaves sluggish at times.

This is one of the talked about features of the phone. With the IPX7-rating, the phone is said to be water resistant. It can withstand 30 minutes in 3 feet deep water. Si it is pretty well armed to suggest minor splashes of water or accidental drop into water. It is also advised that the Moto G 2015 should not be used underwater. Manufacturers say that the phone is Water Resistant only with original Moto Shells.

The Moto G 2015 will have the Android Lollipop 5.1.1. It will have a Chipset of Qualcomm Snapdragon 410, Adreno 306 GPU and a quad core Cortex-A53 processor clocking at a speed of 1.4GHz. There are 2 options in RAM. If you want 1GB RAM, then you get 8GB as internal storage else 2GB RAM with 16GB internal storage.

The Moto G 2015 has a gorgeous 5 inch IPS display which makes viewing from any angles a pure bliss. The screen has a screen resolution of 294ppi. The screen also allows multi touch. It’s safely encased in a Corning Gorilla glass 3. The phone weights on the lighter side i.e 155 grams only.

In the box you will find the handset, headset, Charger, USB cable, guides. I’m glad Motorola decided to give a USB this time since it was not given in Moto G2. I have used Moto G2 for a couple of months, and I couldn’t connect the phone to the PC because of this reason.

So what do you think about Moto G 2015, Existing Moto G 2nd gen users, is the upgrade worth?

GGadgets
Read More
Very few has been successful to lay hands on the first of this kind BlackBerry phone. Initially it…
AAccessoriesGadgets
Read More
Table of Contents Heavy Duty Armor Holster by LKMoto Droid Turbo 2 wallet case by AraeTurbo 2 Wallet…
AAndroid NewsGadgets
Read More
It has been quite a while since people are talking about the OnePlus Two. The smartphone before the…
GGadgets
Read More
Although Valentine’s day for this year has passed, giving an unconditional love to your favorite person just…