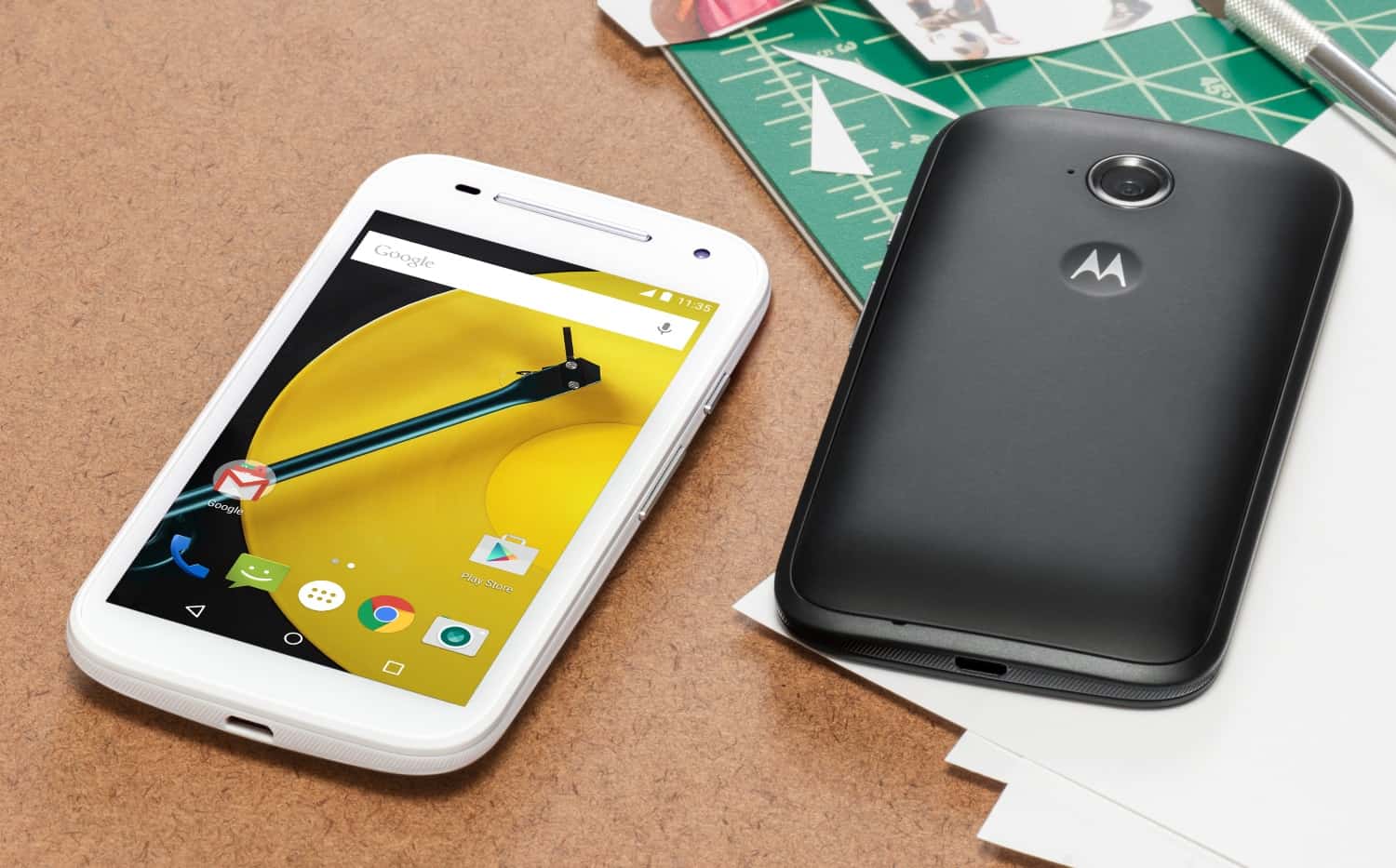 Motorola’s strategy already hinted us that it would come with a second generation Moto E, as for every recent phone Motorola has launched, it has also launched a Second Generation version of that phone which actually solves the problem which the first generation model faced. It was expected that moto e 2nd gen would reach the Smartphone market soon, but it was not known when!

People have been searching a lot for this, but there was no official announcement made by Motorola. However, today Motorola had a meeting and not much details about the Meeting are known, but it unveils the Motorola Moto E 2nd Gen. Yes! the Moto E 2nd Gen is now officially announced.

The 4.5-inch Moto E 2nd Gen with qHD display runs on the Latest Android 5.0.2 Lollipop Operating System and has a 1.2 GHz Quad-core Qualcomm Snapdragon 410 processor and would support 4G LTE connectivity (which is optional). Coming to the camera, The Moto E 2nd gen would have a 5 MP Rear camera and the details regarding the secondary camera are not known.

The Moto E 2nd Gen would come with 8 GB Internal Storage and have a MicroSD Card Slot which will allow you to expand the storage of your Moto E 2nd Gen. To Keep it live for a long time, it will have 2390 mAh battery. With all these, Motorola will also bring in 5 colorful grip cases/shells which would make the Phone colorful and protect it too.