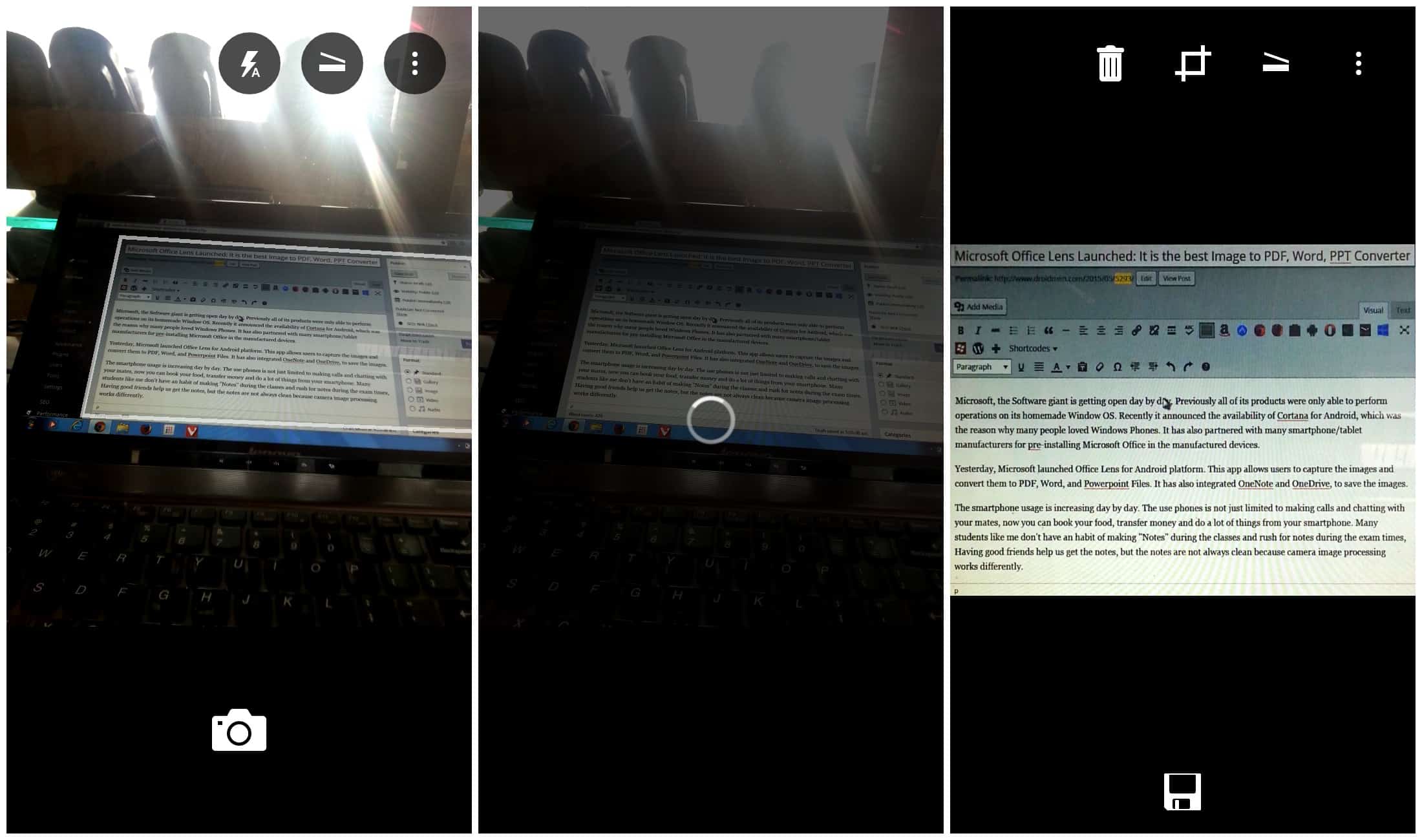 Microsoft Office Lens Launched: It is the best Image to PDF, Word, PPT Converter for Android.

Microsoft, the Software giant is getting open day by day. Previously all of its products were only able to perform operations on its homemade Window OS. Recently it announced the availability of Cortana for Android, which was the reason why many people loved Windows Phones. It has also partnered with many smartphone/tablet manufacturers for pre-installing Microsoft Office in the manufactured devices.

Yesterday, Microsoft launched Office Lens for Android platform. This app allows users to capture the images and convert them to PDF, Word, and Powerpoint Files. It has also integrated OneNote and OneDrive, to save the images.

The smartphone usage is increasing day by day. The use of phones is not just limited to making calls and chatting with your mates, now you can book food, transfer money and do a lot of things from your smartphone. Many students like me don’t have an habit of making “Notes” during the classes and rush for notes during the exam times, Having good friends help us get the notes, but the notes are not always clean because camera image processing works differently.

This app works perfect, it makes pictures of the “Whiteboards” and “readable docs”. So if you turn on this and keep a some document in front of it with some background, it would just capture the document from the entire picture and would process in such a way that it looks like a “Typed document”.

In addition to the capturing and conversion of the images into the “Word”, “Powerpoint” and “PDF” format, it also recognizes the printed text using OCR. This would allow people to search the document using the keyword in the document. In case you are capturing a business card then it can also send the contact to OneNote and also allows you to save the contact into your phone.