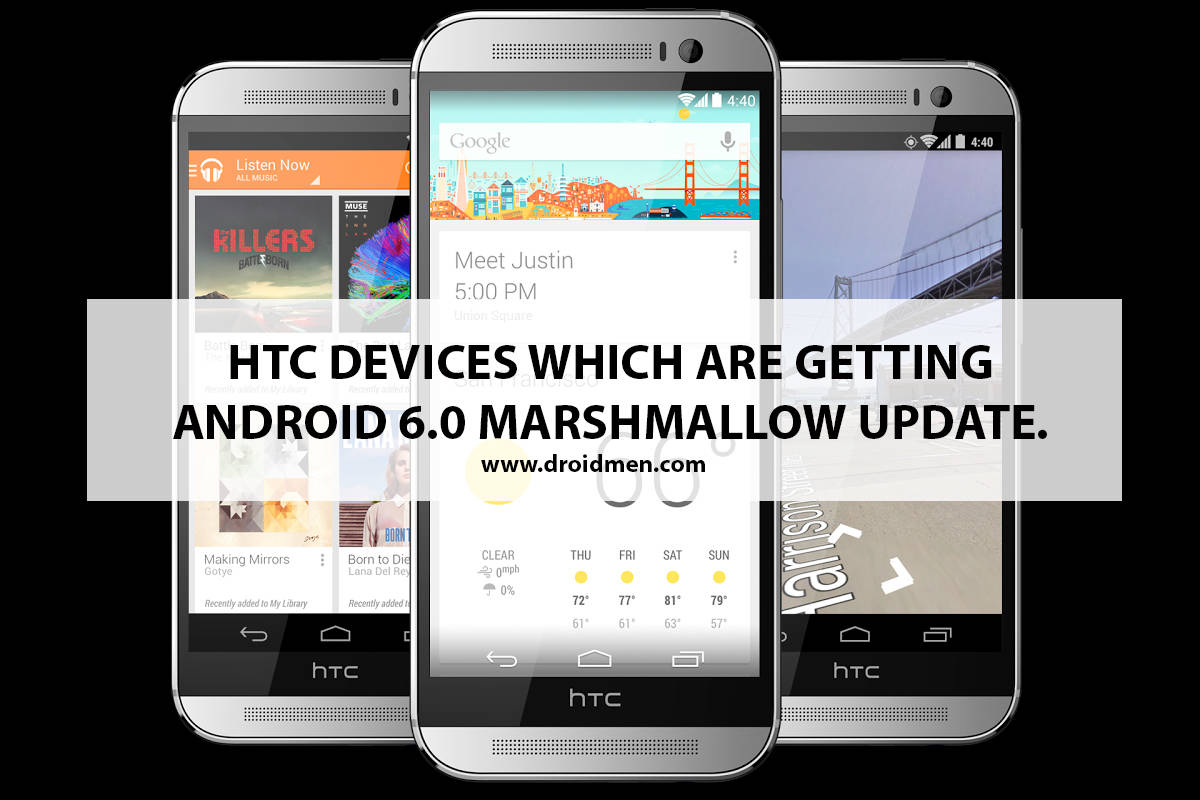 The List of HTC devices that will get the Android 6.0 Marshmallow + HTC Sense 7 UI are listed below, check if your device is listed below.

HTC is known for Late OS updates, the same was the case when Android Lollipop came into action, but one thing we know about HTC is their updates come with very less or no-bugs and provides a good user experience.