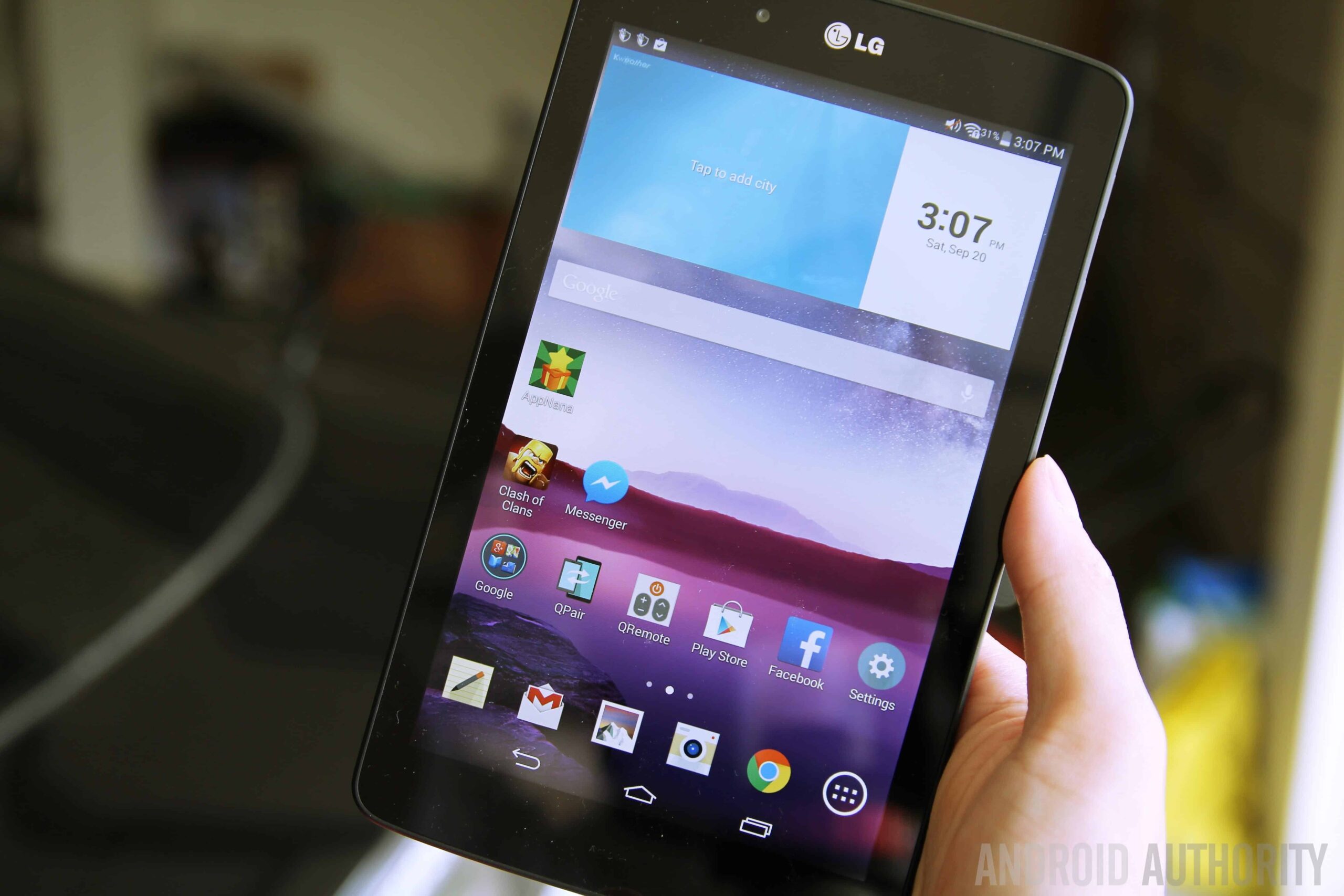 Tablets have been a great way to entertain ourselves with a Large-screen, Android Lollipop Upgrade has been one of the sweetest Android updates till date. Though, there are many things which were faced while the Android Lollipop was launched, but the updates kept on solving the bugs.

Meanwhile LG has introduced the First Tablet which would operate on the latest Android 5.0 lollipop based operating system, it might also launch with the higher version of the Android 5.0. So it can be said that the LG G Pad F 7.0 would be the first tablet operating on Android 5.0 Lollipop OS.

It is said that it would be first released on Telecom Operator Sprint in the United States, However, there is not a word about it’s launch in the International Smartphone market. Coming to the features, the LG G Pad F 7.0 features a 7-inch 1366 x 768 IPS Display and would process on 1.2 GHz 64-bit Qualcomm Snapdragon 410 Quad-core processor.

Coming to the RAM, the Tablet would only have 1 GB RAM, The amount of RAM it has is less when we see the way Android uses the resources, however, the 64-bit processor would process data and tasks at the fastest. The G Pad F 7.0 has 8 GB Internal storage and one will be able to extend the storage using a MicroSD card. The 5 MP Rear camera and the 1.2 MP front facing camera would be able to capture decent images and to keep all the stuff running, a Huge 4000 mAh Battery will come with it. A Good news is it would also support LTE Networks.

As said above the G Pad F 7.0 would first launched first by the Sprint Carrier in the US, and it would be available for free in the selected retail channels with a new-two year contract and the data plan from their Sprint account. The other customers can also purchase the G Pad F 7.0 with the Sprint Easy Pay for $0 down for 2 years contact at $10/month.