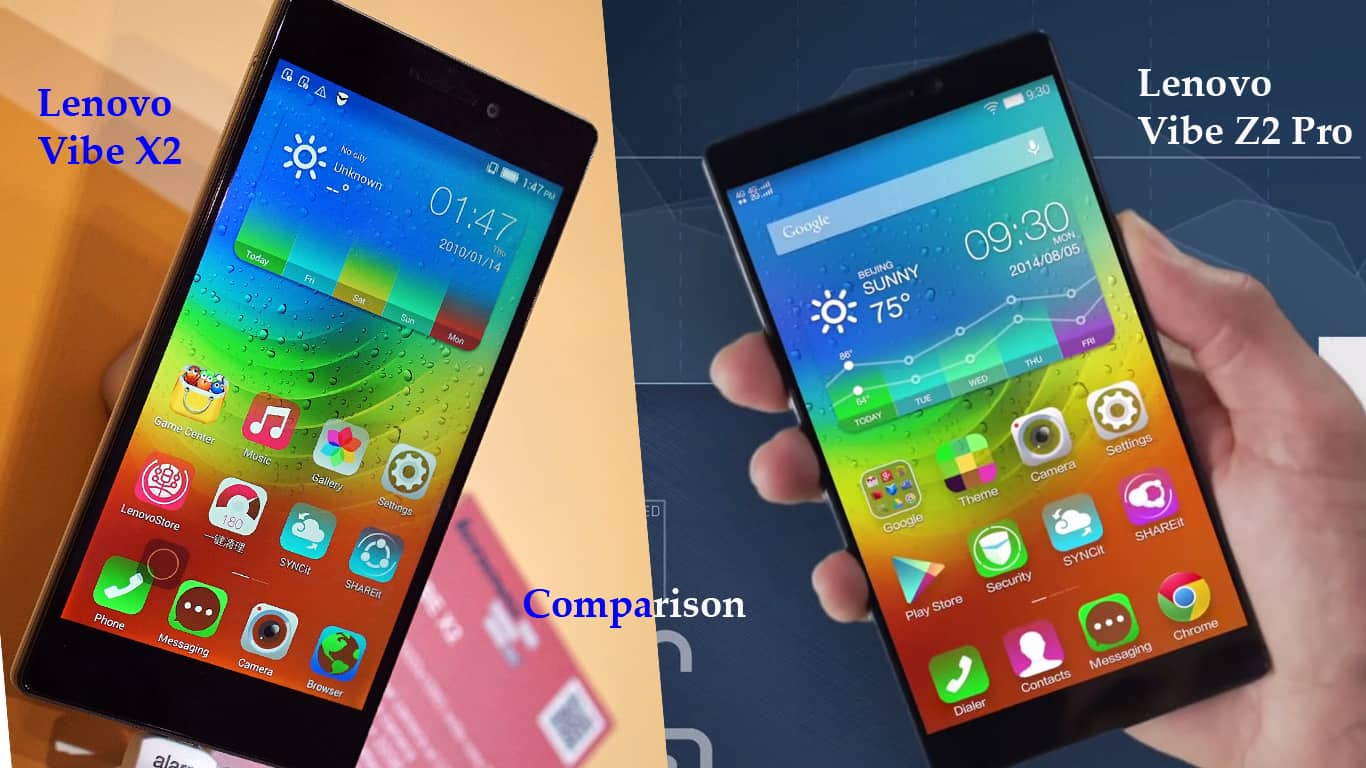 I would be focusing more on the Technical Aspects of both the Phones and at the end would also give what would be my choice if I was to chose one among them, Seeing both the phone specifications clearly!

The Lenovo Vibe X2 comes with a 2 GHz ARM-A7 Processor or ARM-cortex-A17 OCTA core processor on a MediaTek MT6595M Chipset and on the other hand the Lenovo Vibe Z2 Pro will encompass a 1.2 GHz Krait 400 Quad-Core based on Qualcomm MSM8916 Snapdragon 410 Chipset.

Both the siblings come with 2 Gigs of RAM but won’t provide the same speed and multi-tasking speed, On one hand MediaTek Processor and 2 GB RAM combination would be relatively fast and on the other hand the Qualcomm chipset having a Krait-400 processor clocked at 1.2 GHz would perform better.

A Phone with less Smartphone storage is not preferred by Smartphone users but both the Brothers will come with 32 GB of storage which is ample amount of storage for people who like to store their data on their Smartphones. Both the phones would come in 32 GB Storage versions.

Both the Phones have Good Camera’s anyways if you Love capturing SELFIES and want High Quality Selfies from the front camera then you should go with the the Lenovo Vibe Z2 Pro.

Both the Phones are having Awesome Configuration and have all the qualities a High-end Smartphone should possess, but both are in comparison so I have to suggest you the one which is a good one in my view. Well, the only thing which worries me about the Vibe X2 is the MediaTek Chipset but still it has an octa-core processor which again reduces the level of worry.

If I were to buy a Smartphone I would have bought the Lenovo Vibe X2 because it is priced Less, has an octa core processor which is clocked at 2.0 GHz.