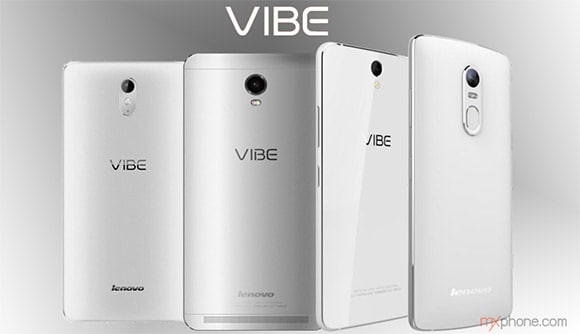 The Mobile World Congress 2015 is to begin from 2nd of march and would continue till 5th of march, 2015. This is one of the grand events for the Mobile Phone companies. All the Phones Leaked by Lenovo would work on the latest Android lollipop operating system and because of their High-End Specs it can be said that they might support Android M

The Lenovo Vibe P1 looks flat and would be one among the Smartphones which Lenovo might reveal during the MWC 2015, The Vibe P1 features a 4000 mAh Battery which clearly shows that the Vibe P1 would have great battery life. Besides the battery the Vibe P1 would come with a 64-bit octa-core processor and a 2 GB RAM which would be encompassed on a MediaTek Chipset.

The Lenovo Vibe S1 targets the Teenagers and people who love to have colorful Phones, The S1 would come in 5 different colors i.e Black, Pink, Light Blue, White and Violet. The Vibe S1 would feature a great front camera which would make the people love the selfies they would capture. The other specifications of this Phone are not known yet, We will update as we come to know more about it.

Few days back we reported the Lenovo Vibe Shot and the leaked features it has, The Lenovo Vibe Shot focuses on all the dimensions which a Smartphone buyer would look at, It has a 64-bit processor which would fit on Qualcomm Chipset, Besides the High-end processor it has a 3 GB RAM and 16 MP Camera.

Last but not the Least, This is the Best Smartphone which Lenovo has ever worked on, The Lenovo Vibe X3 comes with a 5.5-inch 1080p Display, It packs a Fingerprint sensor and 20.7 MP Primary camera. The Flat Surface and the Curved design would make you fall in Love with the appearance of the Phone.

Enhanced with the Lenovo made Hifi 3.0, The Vibe X3 Features a Metal Frame. It has a great design, Huge specs and High-end Hardware, so there is no reason one can’t stop talking about it!