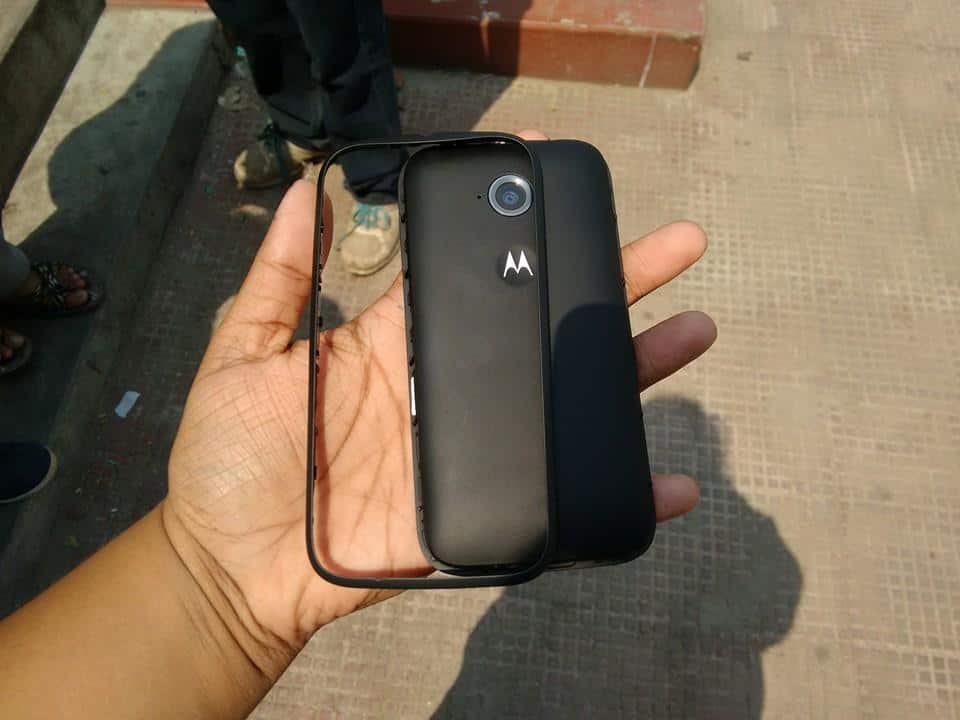 Earlier today we posted about the First Gen Moto E or Moto E 2014 getting Android 5.0.2 Lollipop update, there is another news we have which brings all Motorola Fans in happiness.

The Image of the Back of the Moto E 2nd Gen from Verizon is spotted and it also shows a LTE support below, this shows that the 2nd Gen Moto E would support LTE/4G.

It is expected that the Moto E 2nd gen would be released during the MWC 2015 since most of the Smartphone brands are trying to launch many of their smartphones here. However, since there is no confirmation regarding the Launch of Moto E 2nd gen, one cannot say anything. However, if it gets launched during this event, then it would be reaching all the Smartphone markets. Indian users can buy it through, Flipkart. As always there will be a Flash sale, lucky gets and the others wait!