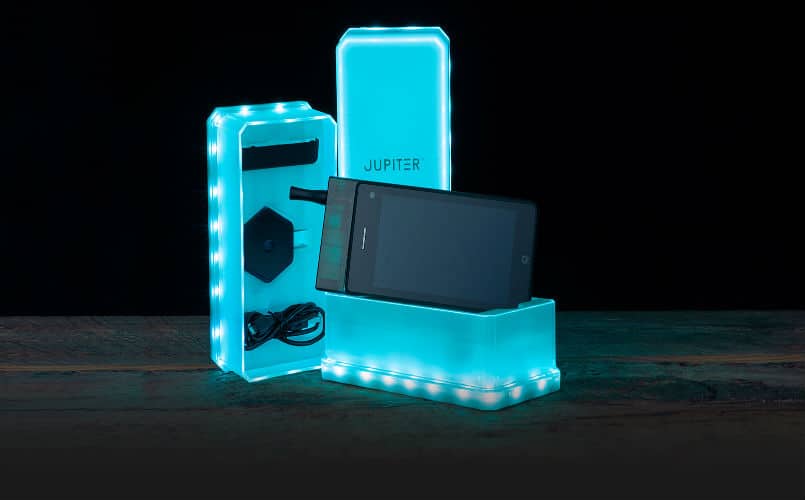 Android amazes me everyday. I came across this interesting news and can’t help but share with you dear readers. Android has taken a huge leap forward and will be your puffing buddy. Here comes Jupiter IO3, which is the first android phone which allows you to take an electronic puff.

A US based company named Vaporcade has come up with this concept. Take a smoke of your favorite e-flavors and yet no harmful substances go into your body. The e-flavored smokes are due to the flavored liquid cartridges which you need to attach separately at only $15 each. Each cartridge gives 800 puffs. A button on the phone lets you regulates the concentration and heat of the smoke.

This discovery might make a positive impact on smokers, and who knows make them quit smoking too. The Jupiter IO3 has been named Jupiter IO3 and is the world’s first smoke-able smartphone. It is priced at $299 which roughly sums up to Rs. 19,982.15 in the Indian Currency.

The other features of the phone are not an underdog. The phone comes with two batteries- one for the usual cell phone purposes and the other one to cope with your smoking needs. However, the batteries are connected so if you want the battery to last a bit longer you might as well puff a little lesser.

The Jupiter IO3 runs on Android Kitkat 4.4 OS. You can make calls and receive and send messages. A; the puffing is controlled by an app named Vaporcade app. The app lets you track the battery life of the phone, how many smokes the user has taken and how much juice left in the cartridge. You can set a limit on the number of puffs and the app sets off an alarm when the limit is reached.

The phone is approved by US Federal Communications Commission. However, the impact of e-puffing is yet not known when compared to the original cigarettes. This device is a 3G device and a 4G model for $499 is expected to hit the markets in the next few month. Happy e-Puffing! 🙂